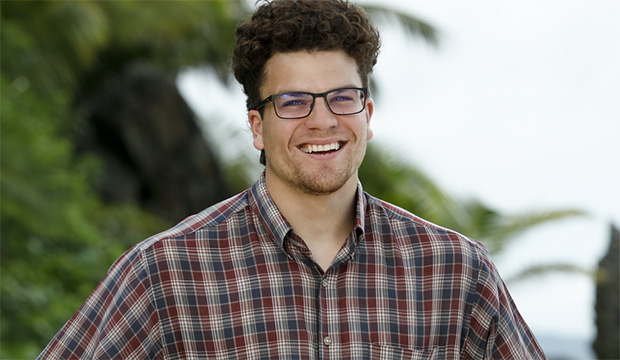 Wednesday’s 11th episode of “Survivor 43” marked a turning point in the game of Sami Layadi, one of the youngest players (at 19 years old) to ever seriously contend for the win. Unfortunately, his strategy of straddling the fence between two alliances caught up with him and the two sides combined for the easy vote this week to send him to the jury. Read on for his “Survivor 43” exit interview from the end of the episode.

Up until this point in the game, Sami had been expertly playing both sides of the game in a way that placed him on the right side of the vote each time. Last week we chose the wrong side in an attempt to blindside Karla Cruz Godoy, but the majority swayed against Noelle Lambert instead. Karla and Sami had worked closely in previous votes, so his vote burned a bridge with her while also showing the others that he truly can’t be trusted. He cemented the concept of his untrustworthiness later when he openly told the group at tribal council that he’d be sacrificing his vote in order to play his Shot in the Dark as a last ditch effort to save himself.

Sami spoke to his decision to play the advantage out of desperation when speaking to producers after his elimination. “The dominoes started to tumble after the last vote,” he said. “I started to lose control of my fate in the game so I played my Shot in the Dark cause I felt like I’d rather go out swinging for the fences and sometimes those moves don’t work out, but I’m happy with the way I played.”

Ultimately, Sami was correct to play the Shot in the Dark because it was an unanimous vote against him. The unification of everyone else was the likely result of a challenge and new advantage resulting in three of the seven players having immunity, leaving only four of them as options. Even though Cassidy Clark was pitched as an option to vote out, Sami was the clear “easy vote” that everyone could agree to without having to make waves. Sami’s use of the advantage indicates that he saw the writing on the wall anyway.

True to his nature in the game, Sami left in good spirits despite the reality that he wouldn’t realize his dream of becoming the youngest winner in series history. A glimpse into his close relationship to his mother that was shown early in the episode offered a perspective of Sami that cares deeply about his family and the guidance his mom has offered him.

When Sami’s exit interview came around at the end of the episode, the story arc came full circle in his explanation of why it might be best that he didn’t actually win. “A million dollars for a 19 year old kid probably wouldn’t have gone to the best of things anyways,” he admitted. “I was starting to like Teslas a lot and my mom doesn’t really like electric cars. I think this works out better for us both.”