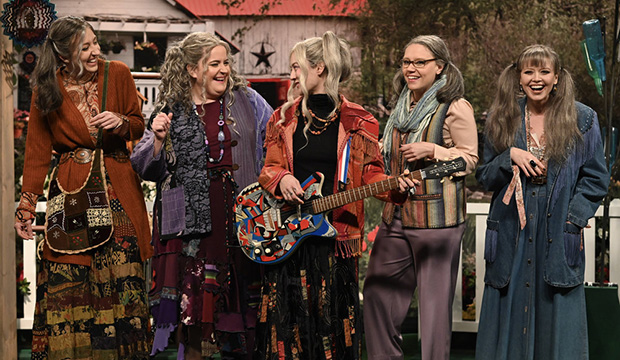 Is eight enough for “Saturday Night Live”? The long-running show is gunning for its eighth series win at the Emmys and its sixth consecutive one in Best Variety Sketch Series. And for the second year in a row, it would only have to defeat one other show to do it.

With just eight submissions on the ballot, down one from last year, there will once again be two nominees in Best Variety Sketch Series. Last year, “SNL” topped “A Black Lady Sketch Show,” and the odds point to that exact scenario playing out again. Both were also nominated in 2020 in a field of three alongside “Drunk History.”

Despite having been on the air since 1975, “SNL” does not own as many series statuettes as you might think. It was named Best Variety Series in 1976 for its first season and in 1993 for its 18th installment, but was overlooked for two decades as late-night talks shows took over the category. Then came a boon in 2015: Best Variety Series was split into Best Variety Sketch Series and Best Variety Talk Series.

After losing Best Variety Sketch Series in 2015 and 2016 to “Inside Amy Schumer” and “Key & Peele,” respectively, “SNL” has been on a roll since. The 2017 win was its first in 24 years and came for a resurgent 42nd season that mined gold from the 2016 election. Its win streak has now covered two elections.

Season 47 didn’t quite have the same hype as recent ones or many viral sketches, but it bid adieu to stalwarts Kate McKinnon, Aidy Bryant, Kyle Mooney and Pete Davidson. At the very least, between its his legacy and win streak, “SNL” feels safe for a nomination. It also does not hurt that outside of “A Black Lady Sketch Show,” there is not even a previous nominee among the rest of the field, which includes “Ziwe,” “Whose Line Is It Anyway?”, “The Amber Ruffin Show,” “That Damn Michael Che,” “PAUSE with Sam Joy” and “True Story with Ed and Randall.”

PREDICTthe 2022 Emmy nominees by July 12
Emmy odds for Best Variety Sketch Series
Who will be nominated?