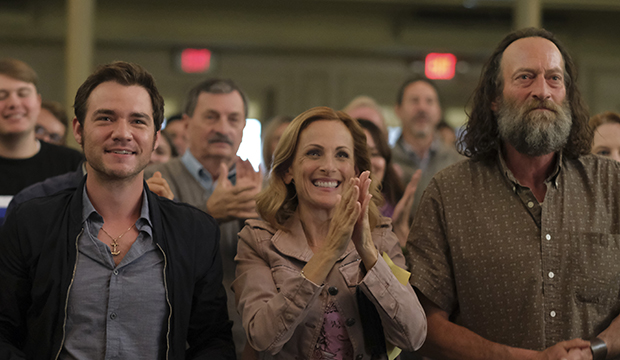 Here in the final stages of the 2022 Oscars season, several Academy Awards voters told Gold Derby who they voted for — and why. They asked us not to reveal their identities, but they were otherwise eager to share their views of the year’s best films. Now that voting has concluded, we’ll share a few with you. The comments below by Voter #1 for each category are part of the thought process in choosing these potential winners.

BEST PICTURE: “CODA”
It just made me appreciate how powerful a movie can be. I was mesmerized by the spareness of how it was shot. It’s why we make movies in a way, to tell stories in a non-conventional way. I now wish I had seen it on a big screen. As we fight more stereotypes and stigmas, only exacerbated by politics, showing and educating how people who are different from us are not really different from us. It caught me so much by surprise, that you want to root for this movie. Second place is “West Side Story.” Third place is “Belfast.”

BEST DIRECTOR: Steven Spielberg (“West Side Story”)
I will be voting for Steven Spielberg, but Jane Campion is going to win. Within two minutes of starting the film, I forgot about the Robert Wise original version. That’s an amazing accomplishment! He adapted the story to be more relevant and changed things to make his own interpretation.

BEST ACTRESS: Jessica Chastain (“The Eyes of Tammy Faye”)
It’s such a personal project of hers, so I’m not surprised she got nominated. She’s been working on it for years, and that passion came through. At one point, the leader for me was Kristen Stewart, then Olivia Colman, then Nicole Kidman, but here comes Jessica from behind in the last few weeks and will probably win. And in my mind, that’s who should win.

BEST ACTOR: Will Smith (“King Richard”)
It’s a brilliant performance, which could have been written for him to get the nomination and the Oscar win. He’s played real-life roles before like in “Ali,” and is now winning everywhere. If it wasn’t for Will, I would be voting for Andrew Garfield because I really love that movie, too.

BEST SUPPORTING ACTRESS: Ariana DeBose (“West Side Story”)
She gave a super-amazing performance and stole the show! The Academy could have been sentimental and also nominated Rita Moreno, but they didn’t. It’s also going to be a consolation prize since “West Side Story” will not be winning any more awards.

BEST SUPPORTING ACTOR: Troy Kotsur (“CODA”)
This is a no-brainer for me with Troy. Before “CODA” caught fire, I started hearing from everyone that I must watch this movie. I did and was blown away. Previous to that, it was going to be Ciaran Hinds hands-down. This film doesn’t exploit his disability but helps make it mainstream, and that’s the miracle of this movie.

BEST ADAPTED SCREENPLAY: Jane Campion (“The Power of the Dog”)
It’s a very complex story told in a way that you can understand it and that people can connect to. I enjoyed everything about it, from the hard-core western aspects to to the romantic undercurrents. It was delivered in a great way!

BEST ORIGINAL SCREENPLAY: Adam McKay, David Sirota (“Don’t Look Up”)
This is more challenging for sure. I would give it to Adam McKay because this is what original screenplays are supposed to do. It takes a topic people aren’t comfortable discussing and doesn’t run away from it. I just thought the sense of humor and the way he satires things as he has matured brings up issues that need to be discussed.

PREDICT the 2022 Oscar winners and other awards shows champs