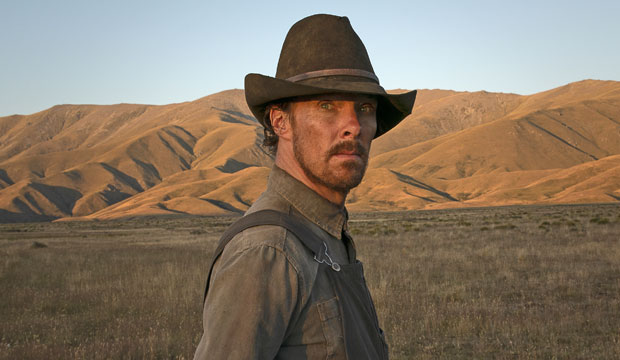 Here in the final stages of the 2022 Oscars season, several Academy Awards voters told Gold Derby who they voted for — and why. They asked us not to reveal their identities, but they were otherwise eager to share their views of the year’s best films. Now that voting has concluded, we’ll share a few with you. The comments below by Voter #5 for each category are part of the thought process in choosing these potential winners. Also, you can click here to see the ballots of Voter #1, Voter #2, Voter #3 and Voter #4 revealed recently.

BEST PICTURE: “The Power of the Dog”
For me and most of my voting friends, it’s “Power of the Dog” for us. The story is fascinating and complicated. It looks unbelievable with great music, great acting, really good stuff. It’s excellence at its best. It ranks right up there with many of the Best Picture winners throughout my lifetime, but you have to see it on a big screen. Second place is “King Richard.” Third place is “CODA.”

SEEJane Campion (‘The Power of the Dog’) on her 3 Gold Derby Awards wins: ‘It means so much to all of us’ [WATCH]

BEST DIRECTOR: Jane Campion (“The Power of the Dog”)
She’s always so complicated and always making it that we have to work a little more with her. I like that. I don’t need everything to be laid out for me. I prefer the twists and turns, and she’s really good at that. There’s so many good choice, but she is at the top of her game.

BEST ACTRESS: Jessica Chastain (“The Eyes of Tammy Faye”)
I loved Penelope Cruz and Kristen Stewart; in fact, I loved them all, but I’m feeling like Jessica Chastain. I’ve been following her career closely and thought in this movie she was exceptional.

BEST ACTOR: Benedict Cumberbatch (“The Power of the Dog”)
Cumberbatch knocked me out, plus I happened to love that movie. But Andrew Garfield just took me away in both “tick, tick… Boom” and the “Tammy Faye” movie. I’m going with Benedict because he plays dark and evil so well. He also brings interesting nuance to his performance. I certainly liked watching him and he made me not like him.

SEEKirsten Dunst interview: ‘The Power of the Dog’

BEST SUPPORTING ACTRESS: Kirsten Dunst (“The Power of the Dog”)
It’s such a tough one! It was between Aunjanue and Kirsten. As far as Kirsten goes, I’ve watched her career over the years and think she is quite delicious. Aunjanue was quite amazing as well.

BEST SUPPORTING ACTOR: Troy Kotsur (“CODA”)
Troy is at the top of my list, but Kodi is right behind him. It was an extraordinary performance, but he also gets extra points from me because life is hard enough as an actor and then to get his point across being so heartfelt and funny and entertaining.

BEST ADAPTED SCREENPLAY: Jane Campion (“The Power of the Dog”)
Not “Dune.” Not “Drive My Car.” Not “The Lost Daughter.” So it was between “CODA” and “Power of the Dog.” I’ve been pretty dazzled by that one since the first time I saw it. I wasn’t quite sure of the Kodi character when I first saw it, before someone said to me, “That kid’s going to be a serial killer in this movie.” We mentioned that to Jane Campion, and she sort of smiled.

BEST ORIGINAL SCREENPLAY: Adam McKay, David Sirota (“Don’t Look Up”)
It was between “Belfast” and “Don’t Look Up.” I always love Adam McKay and what he does each time, but I also love Kenneth Branagh. “Licorice Pizza” doesn’t do it for me in any way, shape or form. “Don’t Look Up” just knocks me out along with McKay with “The Big Short” and others. I don’t know him well but have had conversations with him, and he’s quite the wordsmith.

PREDICT the 2022 Oscar winners and other awards shows champs