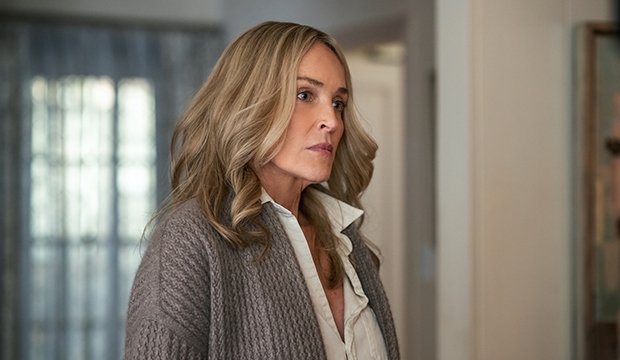 Sharon Stone won the Best Drama Guest Actress Emmy for “The Practice” in 2004 and if her guest appearance on “The Flight Attendant” takes flight with voters this year, she could join a select group of stars who’ve won both comedy and drama guest actress categories.

Since the current guest categories were stablished in 1989 (before this, the guest awards weren’t genre specific until 1986, when the Emmys gave out gender-neutral “guest performer” statuettes in drama and comedy for three years), only two women have managed to conquer both genres: Cloris Leachman and Elaine Stritch. Leachman nabbed two comedy guest actress statuettes in 2002 and 2006 for “Malcolm in the Middle” and a drama guest actress trophy in 1998 for “Promised Land” (she also won the very first guest actress award — when the category was known as Outstanding Single Performance by a Supporting Actress in a Comedy or Drama Series — in 1975 for “The Mary Tyler Moore Show” in a tie with “Kojak’s” Zohra Lampert). Stritch has one win in each category for “30 Rock” in 2007 and “Law & Order” in 1993.

Stone had been pegged as a prospective nominee since her casting on the HBO Max series was announced. The Oscar nominee plays Lisa, the estranged mother of Cassie (Kaley Cuoco), whose reunion with her daughter in the sixth episode, “Brothers & Sisters,” is the opposite of happy as the two unload onto each other their years of pent-up anger and frustration. When Cassie attempts to apologize for being a “sh–ty daughter” and a “dysfunctional, alcoholic teenager,” Lisa is not having it, burned too many times by her already. She then cups Cassie’s face and spews, “Cassie, honey, I love you. I do. But I don’t like you. At all.” And then comes the unsuspecting dagger: a brutal slap across Cassie’s face — one that was unscripted.

“We got the money take. That’s her Emmy win right there,” Cuoco recalled on “Jimmy Kimmel Live!” in April of the first of three slaps she endured from Stone.

At the moment, Stone is in eighth place in the odds, two spots out of the six-person lineup that could be dominated by “Hacks” guest stars. Jane Lynch (“Only Murders in the Building”) is in first place, followed by Laurie Metcalf (“Hacks”), Gillian Anderson (“The Great”), Ariana DeBose (“Saturday Night Live”), Harriet Walter (“Ted Lasso”) and Jane Adams (“Hacks”). Tracey Ullman (“Curb Your Enthusiasm”) is in seventh. But the guest categories prone to name-checks, so you cannot count Stone out, and if she makes it in, she can definitely slap away her competition.

Emmy odds for Best Comedy Guest Actress
Who will win?