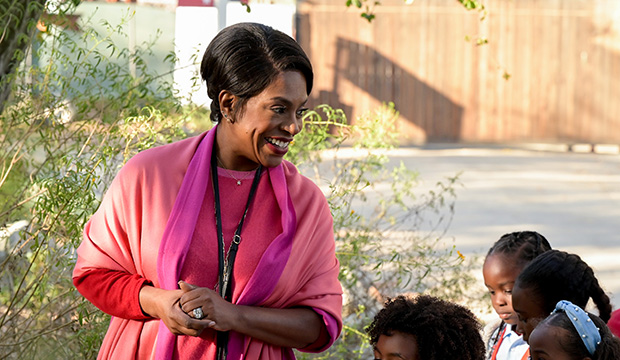 Sheryl Lee Ralph has been tirelessly working in television since the late ’70s, on shows like “Moesha,” “It’s a Living,” “Instant Mom” and “Ray Donovan.” The accomplished actress earned a Tony nomination for the original production of “Dreamgirls” and an Independent Spirit Award for the film “To Sleep with Anger” (1990), but she has egregiously never received an Emmy nomination in her career. That could very well change this year thanks to her hysterical yet nuanced work in the acclaimed ABC sitcom “Abbott Elementary.”

The comedy, created by “A Black Lady Sketch Show” alum Quinta Brunson, centers on a group of hardworking teachers working at an underfunded elementary school, with Ralph playing one of the school’s most respected teachers, Barbara Howard. Barbara’s wealth of experience, having worked in the Philadelphia school for 30 years, makes her an idol to series protagonist Janine (Brunson). Barbara’s no-nonsense approach to teaching extends to the advice she doles out to her fellow teachers, who value her advice even if they don’t always like it. Ralph shines in a role that fits her like a glove; on top of her sharp comedic timing, she finds humanity in her character’s struggles in adjusting to a rapidly changing world.

Ralph is hoping to land her first Emmy nomination this year, in a category that is often very friendly to veteran performers: Best Comedy Supporting Actress. Winners of this category over the past decade or so include other actresses who have been working in show business for decades, such as Hannah Waddingham (“Ted Lasso”), Alex Borstein (“The Marvelous Mrs. Maisel”), Allison Janney (“Mom”) and Jane Lynch (“Glee”). If “Abbott Elementary” attracts the attention of Emmy voters, Ralph may benefit because of her own veteran status on top of being one of the show’s indisputable MVPs.

According to the latest Emmy odds, Ralph is a bubble contender for a nomination in Best Comedy Supporting Actress. She currently sits in 11th place, though her odds are currently increasing. Considering the word-of-mouth buzz on “Abbott Elementary,” her chances may continue to rise in the weeks to come, leading to the kind of recognition that is deserved for both Ralph and Ms. Howard herself for years of great service.