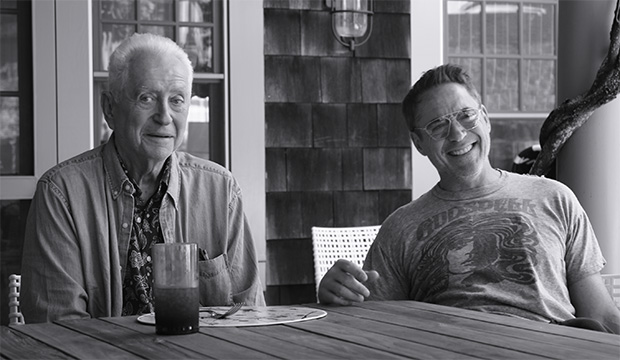 Described in press materials as a “lovingly irreverent portrait of the life and career of maverick filmmaker Robert Downey Sr. that evolves into a larger meditation on art, mortality and healing generational dysfunction,” the new Netflix documentary feature “Sr.” that premieres December 2 on the streamer is all of that and more. In fact, it is also a primer on making amends and achieving forgiveness, finding both Robert Downey Jr. and his dad copping to and elaborating on their life-altering drug addictions and considerable demons and — in so many words — apologizing to one another. It’s also an opportunity for Junior to give his dad the farewell he deserves. Thus, viewers are left with the feeling that the biographical aspect of the somewhat surreal film was ostensibly a pretext designed to lead to the bonding and mutual absolution at the film’s heart. The effect is rather magical.

Indeed, Downey Sr. regretfully admits in the quirky doc to longtime addictions to marijuana and cocaine. But he was able to stay clean and avoid relapse from the early 1990s through the traumatic death of his second wife Laura Ernst from ALS in 1994 and clear until the end of his life in July 2021 at 85 due to complications from Parkinson’s disease. Father and son frankly speak to one another about their addictive pasts in the movie, often over Zoom due to COVID lockdown restrictions, and we bear witness as longtime emotional barriers crumble. Downey Sr. expresses regret for having introduced his namesake son to marijuana early in his childhood. Meanwhile, Junior famously abused cocaine, heroin and alcohol and was arrested multiple times for drug offenses, cycling in and out of jail over a period of many years. But he finally got clean for good in 2003, enjoying a profound career renaissance in the process. He’s now coming up on 20 years of sobriety.

Downey Jr. points out in the documentary, which had its world premiere at the Telluride Film Festival in September, “We were all altering our consciousness with substances. I was just playing a game of wanting to self-soothe, or stay loaded, rather than deal with the fact that things had gone off the tracks. Honestly, more than anything, I look back and go, ‘It’s shocking that a single movie came out finished.’ But that didn’t stop we Downeys.” Junior also recalls to his father, “Even though it took me another 20 years to get my own shit together, you and Laura became this stable force for me.”

Not that it was so easy finding the level of candor that the principals ultimately achieve in the documentary. We see Junior, speaking to Senior on the phone, noting that he would be remiss not to bring up how his father’s drug use led him to chase his own addiction, and his father responding with an ironic chuckle while musing, “I’d rather miss that conversation.” But he doesn’t.

When not focusing on addiction, the film, shot over the course of three years by documentarian Chris Smith (“Jim & Andy: The Great Beyond”), represents an opportunity for both father and son to shine a spotlight on the largely forgotten writing and directorial career of Downey Sr., whose rebellious spirit infused decades of counterculture filmmaking. That outlaw mindset remained alive and well even as his physical condition experienced notable decline when Senior decided to embark on his own concurrent documentary to fulfill a different creative vision.

“Sr.” makes a quirky examination of Downey Sr.’s most notable works, in particular the satirical underground classics “Putney Swope” (1969) and “Greaser’s Palace” (1972). It weaves together archival footage, clips from throughout his four-decade body of work, and interviews with friends including Norman Lear, Alan Arkin and director Paul Tbomas Anderson. in whose “Boogie Nights” Senior appeared as an actor. Said Downey Jr.’s wife Susan Downey, a co-producer on the doc: “We had no idea where this movie would take us, but in true documentary style, we found the movie while we were making it. As the project evolved, it became as much about Senior’s battle with Parkinson’s as it was a story of fathers and sons trying to balance art and life.”

The “life” part is what ultimately proves most moving and meaningful in “Sr.” As the months of production pushed into years, Senior’s mobility and cognition were jarringly reduced, and the relationship between father and son grows closer as they both come to terms with the fact their time is growing short. The camera documents their last moments together in an often wrenching series of visuals. Finishing the documentary finally became a race against time, and time won, as the dream of Senior living long enough to see the completed doc was not to be.

“I think my dad would be flattered that (“Sr.”) is getting the kind of attention it is,” Junior believes. “If I’ve learned anything about myself in this process, it’s that when your heart is in the right place and your head is paying attention to what you’re trying to communicate, it’s much harder to go astray. It’s been a very healing process for all of us who have been involved.”

“Sr.” is a co-production of Team Downey’s Susan Downey, Robert Downey Jr. and Emily Barclay Ford along with Kevin Ford and Library Films. It’s eligible for the 2023 Oscars shortlist as a documentary feature. 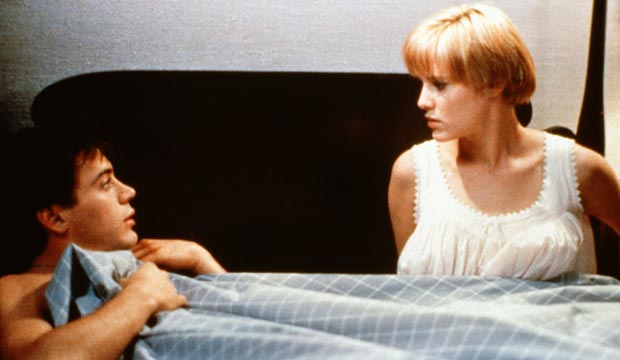