The SAG Awards love Steve Carell … up to a point. He’s a three-time winner in ensemble categories: twice for “The Office,” once for the film “Little Miss Sunshine.” And he has been nominated 18 times total across movie and television categories. So it’s a little surprising that he has never won an individual trophy from his acting peers in the guild. He has also notoriously never won an Emmy for his work. Perhaps both of those will finally change with “The Patient,” the FX on Hulu limited series where he gives one of his best dramatic performances.

“The Patient” is the latest from Joel Fields and Joe Weisberg, whose “The Americans” won an Emmy for leading man Matthew Rhys. This limited series is quite different, though the sense of danger is similar. Carell plays psychotherapist Alan Strauss, who starts treating a mysterious new patient (Domhnall Gleeson) only to be kidnapped and held hostage by him. It turns out the patient is an active serial killer who is trying to control his impulses. It’s a premise that could veer into the outlandish, but the performances keep the story grounded in emotional reality — especially Carell’s, since it’s Strauss who experiences the highest stakes and has the capacity for empathy.

Most of the action takes place in the killer’s basement where Strauss is chained. In that way the series is like a filmed play carried by its performers, but skillful editing also conveys Strauss’s deeper state of mind as he is haunted by memories of his recently deceased wife and his estranged son — what he’s already lost and what he may be leaving behind if he doesn’t make it out alive. Carell often has to convey these emotions quietly and alone — fear, regret, grief — and he does so with measured precision. The drama always feels life-sized; we can imagine ourselves in Dr. Strauss’s shoes, making his plight all the more urgent. So I hope awards voters throughout the season appreciate his tricky balancing act. 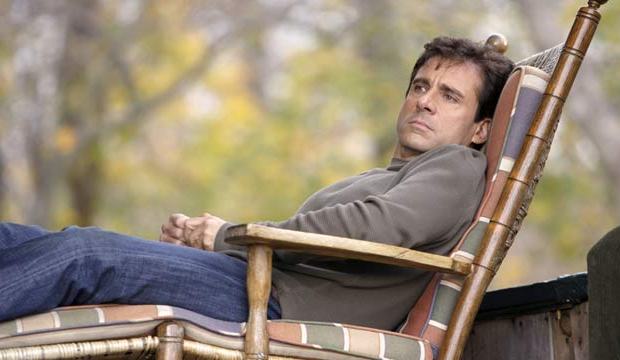