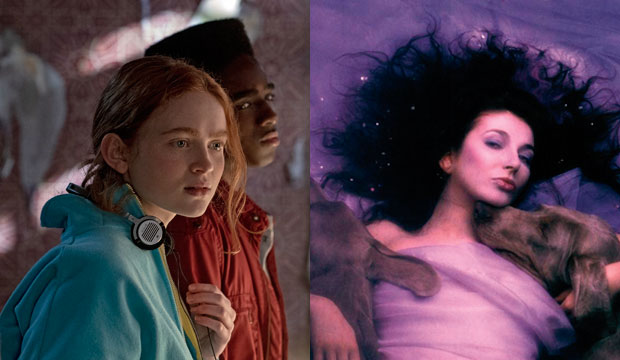 One of the biggest music stories of 2022 is also a TV story. Kate Bush‘s “Running Up That Hill (A Deal with God),” originally released in 1985, peaked at number-30 on the Billboard Hot 100 singles chart. But it had a renaissance 37 years later when it was featured in season four of “Stranger Things” and shot back up the charts, reaching as high as number-three in the US as of this writing. Such a resurgence for a song is almost unprecedented, and the Emmys could honor the achievement with the award for Best Music Supervision.

A music supervisor is responsible for the music that goes into visual media. They don’t compose the score, but rather incorporate other licensed music with the score into the film or TV show. Nora Felder is the music supervisor on “Stranger Things,” which is a particularly rich canvas since the music plays a big part in establishing the setting and tone for the 1980s-set sci-fi/horror series. And nowhere did music supervision hit the zeitgeist like it did with “Running Up That Hill,” used in “Stranger Things” as a recurring theme for Max Mayfield (Sadie Sink) as she fights for her life against the psychic curse of the creature Vecna.

Best Music Supervision has only been a category at the Emmys since 2017, but “Stranger Things” has already been nominated four times for the award (2017, 2018, 2020, 2022). The Netflix drama has yet to win, though. The 2017 prize went to “Big Little Lies,” and then from 2018 to 2020 the Emmys opted for “The Marvelous Mrs. Maisel.” Could “Running Up That Hill” turn the tide? As of this writing “Stranger Things” gets leading odds of 17/5 based on the combined predictions of Gold Derby users. The teen drama “Euphoria” ranks second with 4/1 odds, and the undefeated “Maisel” is in fourth place with 11/2 odds. Are we right that Felder will be running up to that podium at this year’s Creative Arts ceremony?