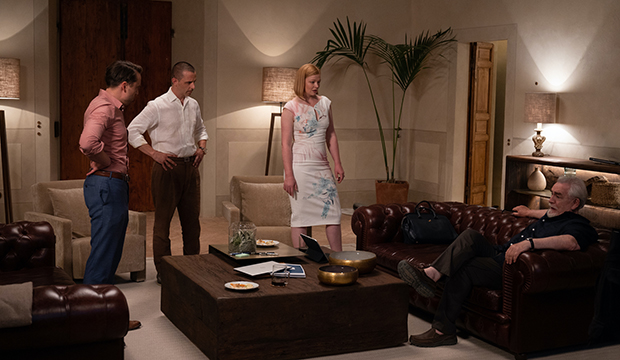 After receiving zero nominations for its first two seasons, “Succession” finally broke through at the Screen Actors Guild Awards, receiving five nominations on Wednesday. Not only that, but the Emmy-winning series made some history to boot: It’s the first show to earn three nominations in the drama actor category in the same year.

Brian Cox, Kieran Culkin and Jeremy Strong were all shortlisted alongside former nominee Billy Crudup (“The Morning Show”) and “Squid Game’s” Lee Jung-jae. All three “Succession” men were predicted to be nominated in our odds, with Culkin making a late surge into the top five over former champ Sterling K. Brown (“This Is Us”). “Succession” also received a drama ensemble nomination and a drama actress bid for Sarah Snook.

Until now, no show had yielded more than two co-star nominees in the drama actor category, the most recent being “The Morning Show,” which produced bids for Crudup and Steve Carell two years ago. Since the SAG Awards do not have TV supporting categories, supporting players are at a disadvantage in the race to snag one of the five spots in their respective categories against full-blown leads. Strong and Cox, “Succession’s” lead actors, were always favored to get in, sitting in the top two spots this whole time, but Culkin overcame his co-stars and fellow supporting actor Emmy nominees Matthew Macfadyen and Nicholas Braun for the third spot.

As we previously said, Culkin was best positioned to pull this off. He had a strong run at the end of the third season and the penultimate episode — aka the one with the dick pic — aired the day before nomination voting started. Roman Roy has also long been a fan favorite, between his quick-flying insults and weird, fascinating relationship with ultimate fan fave Gerri (J. Smith-Cameron), even if SAG-AFTRA voters have been super slow to board the “Succession” train.

And don’t think the Roy father and sons will vote-split their way out of a win. Just last year, the drama actress race featured three stars from “The Crown” — Gillian Anderson, Olivia Colman and Emma Corrin — opposite “Ozark” stars Laura Linney and Julia Garner, and Anderson triumphed. In 2000, “The Sopranos'” Edie Falco overcame her co-stars Lorraine Bracco and Nancy Marchand, as well as Anderson (“The X-Files”) and Annie Potts (“Any Day Now”).