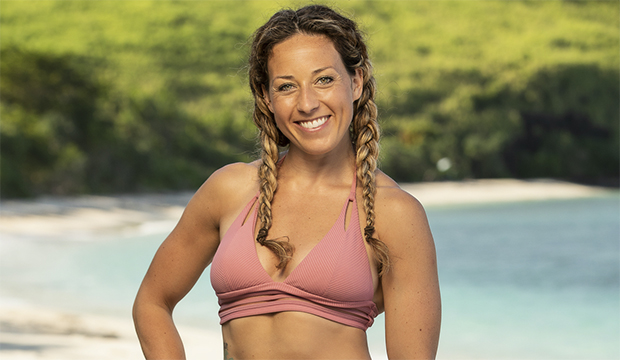 Last week’s shocking elimination of Omar Zaheer on “Survivor 42” will reverberate through the tribe and have major implications on the rest of the game as we look ahead to Wednesday’s season finale. Lindsay Dolashewich, Maryanne Oketch, Romeo Escobar, Mike Turner and Jonathan Young each stand a one in five chance of taking home this season’s $1 million cash prize, but to get there they’ll have to maneuver through two more immunity challenges and tribal councils and hope that the jury respects their game enough to be deserving of the win.

Below, read our “Survivor 42” Final 5 spotlight for Lindsay and tune in Wednesday, May 25 at 8:00 p.m. ET/PT to find out if she outlasted the others to earn the title of “sole Survivor.” Also, be sure to sound off in the comments section about your favorite castaways on CBS’s reality TV show, who annoys you the most and who you think will ultimately join the “Survivor” winners list and take home the $1 million grand prize.

After defying the odds in the “Do or Die” twist, Lindsay’s future in the game seemed to be on the upswing — not only did she keep herself in the game, but she’d hatched a well-executed plan with Omar to negate Drea Wheeler‘s power play and send her home. That move solidified the bond between Lindsay and Omar, cementing them as a power duo with a straight-forward path to the end together, but it also highlighted to the other plays how big of a threat the two of them are together.

Cut to the following week, Lindsay won safety for herself and was in a position to use her amulet to save Omar as well, but the two of them decided not to play their alliance so openly, certain that Omar was safe in the hands of Maryanne and Romeo. That wasn’t the case and Omar went home, leaving Lindsay in a vulnerable position where her one-time allies Jonathan and Maryanne had actively worked together to blindside her with only two more votes to go.

Now, without Omar in the game and Jonathan actively coming for her at every vote, Lindsay is left without allies at a crucial part of the game. With two immunity challenges to go, Jonathan is going to want Lindsay out more than ever and will have the incentive to do everything he can to beat her for safety. Because she showed so much loyalty to Omar in the last two votes, Maryanne probably won’t be keen to work with Lindsay unless she has to, Mike seems blindly loyal to Jonathan, and Romeo is firmly in Maryanne’s pocket.

If Lindsay is able to win the next immunity challenge, she’ll have a say in who goes next because the game will probably split into Maryanne/Romeo vs. Mike/Jonathan factions with Lindsay in a position to choose a side. The precarious thing about that decision for Lindsay is that both Maryanne and Mike have stronger potential in front of the jury for playing more honest, more consistent and more effective games than her. Against either of them, Lindsay’s story to the jury is riddled with too much luck and too much of a reliance on challenge wins.

So what does Lindsay need to win the game? Two back to back immunity challenge victories and Romeo and Jonathan sitting next to her. Do you agree or disagree? Sound off in the comments below.