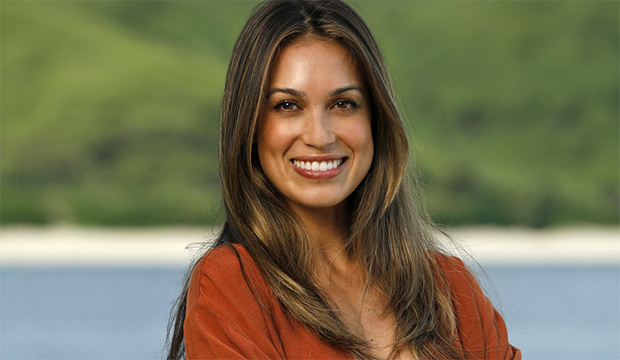 “Survivor 43” contestant Justine Brennan warns her competitors not to judge a book by its cover. During her her CBS video, the 29-year old cybersecurity saleswoman from Los Angeles says, “There’s more than what meets the eye with me. I usually have my hair done. I usually have my nails done. But I grew up racing dirt bikes with my dad.” Watch the full clip below.

“If you’re familiar with tech sales, you know it’s a very male-dominated industry,” she explains. “Specifically cybersecurity is even more so. I’m very used to being the only female on my team. That’s happened to me multiple times. I completely think that people are going to underestimate me and honestly that is part of my strategy. I want them to look at me and think, ‘She probably doesn’t want to get her hands dirty.’ But I’m a super competitive person.”

Meet Justine, a cybersecurity saleswoman who is super excited for the challenges.💪🏽#Survivor pic.twitter.com/USiaybPL2F

Noting her athleticism, she admits, “The most fun part is going to be doing the challenges. I know I would be good at that, but I need to kind of tone it down a little bit and then come out as a dark horse near the end.”

Survivor 43 kicks off Wednesday, September 21 with a 2-hour season premiere beginning at 8 pm ET on CBS. Don’t miss Justine’s journey as she competes on the Vesi (red) tribe against members of Baka (yellow) and Coco (blue)!