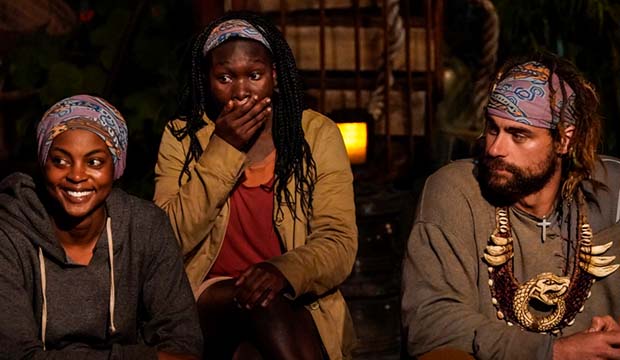 With “Survivor 43” returning to our screens this fall, we wanted to know what you think about the advantages, twists and challenges currently at play in “Survivor” and which, if any, should stick around for the upcoming season. Both season 41 and 42 broke new ground for the 20+ year old reality TV staple by upending the expectations of the players. In the post-pandemic iterations of the show, Jeff Probst revealed new aspects to a game the players thought they knew. We asked you to vote on your favorites in a recent poll and you spoke loud and clear that the Knowledge Is Power advantage and the Shot in the Dark opportunity are the two you most want to see return in season 43.

With the Knowledge Is Power advantage, the finder of this clue was given the opportunity to ask another player a simple yes or no question: “Do you have an idol or advantage?” The person asked must answer truthfully, enforced by Jeff who knew the correct answer, and give up their idol or advantage if the answer was yes.

Liana Wallace and Drea Wheeler found this power in their respective seasons and, because no one kept secrets very well on either island, they both knew who had idols they wanted to confiscate. Unfortunately, they didn’t keep their own power secret either and so both of their targets, Xander Hastings and Mike Turner, respectively, were warned and gave their idols to other players so that when they were asked the question they could truthfully say no. In that regard, the Knowledge Is Power was not a successful advantage earned, but it certainly provided space for players to work together to “outwit” and neutralize threats in the game.

The Shot in the Dark existed in both seasons as a last ditch chance to save yourself from elimination through a game of chance. Every player in the game was given one “shot in the dark die” which provided a one in six chance of a last minute immunity at tribal council, with the odds increasing each time someone else played it. The trick was that in order to play the die you’d have to give up your vote at that tribal council. For that reason, it was a risk only worth taking for players who knew they were on their way out and knew their votes wouldn’t matter anyway. In most cases players believed they had the votes on their side and didn’t risk their votes. In the handful of times the shot was played, no one successfully chose the scroll that gave them immunity. In theory, it’s a great premise that viewers think can work and perhaps the votes in the poll suggest that we want to see how a tribe reacts when their target is saved by the twist, forcing the group to switch their votes at the last minute.

In the poll, Knowledge Is Power and Shot in the Dark both earned almost 32% of the votes each. The next highest choice was the Advantage Amulet, a three-armed item that gained power each time one of its three holders was eliminated, with 18% of the votes. The Risk Your Vote/Protect Your Vote cross-tribe journey twist brought in 7% of the votes, followed by the “Beware” Hidden Immunity Idol and Hourglass Merge twist with 5% each. The least popular twist from the last two seasons was “Do or Die,” a play or not play immunity challenge twist that flopped twice when the player at risk of going home chose the correct box to save themselves both times. 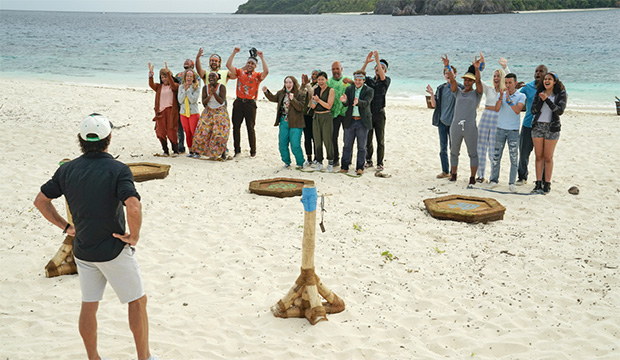