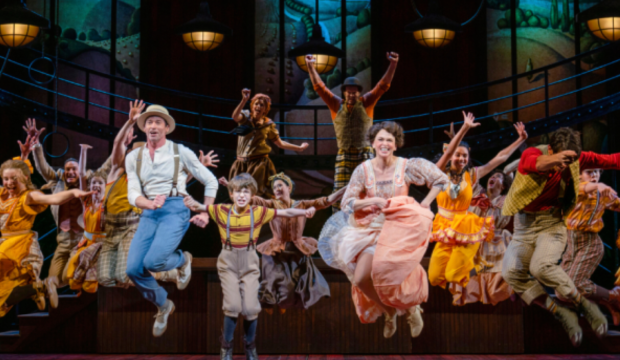 The Drama League Awards set themselves apart from other theater industry kudos thanks to their Distinguished Performance Award. The category generally features forty to fifty performers from both Off-Broadway and Broadway productions. Nominees encompass both lead and supporting roles from plays and musicals, and can be of any gender. When one performer rises to the top of this deep roster, they tend to be the frontrunner for one of the acting races at the Tony Awards. This year, Sutton Foster claimed the Distinguished Performance award for “The Music Man.” In the process, the Tony race for Lead Actress in a Musical was just upended.

Most Tony pundits have assumed that Lead Actress in a Musical is a two horse race up until this point. Sharon D Clarke has held a strong lead in our combined odds thanks to her formidable performance in the revival of “Caroline, or Change.” The British theater veteran already has three Olivier Awards under her belt, and it seemed only natural that she would take the Tonys by storm this June.

Joaquina Kalukango emerged as Clarke’s closest competition for the win for her central role in “Paradise Square.” The actress was nominated last season for her work in “Slave Play” and returns to the Tony race this season with a powerful eleven o’clock number (“Let It Burn”) which earns her nightly standing ovations. Kalukango also benefits because her show is still running, whereas the limited run of “Caroline, or Change” ended months ago. As of this writing, Clarke has the backing of 4 Gold Derby experts, while three experts are opting for Kalukango.

So it was quite a surprise when Sutton Foster’s name was called at the Drama League luncheon, since she currently sits in fourth place in Gold Derby’s combined Tony odds. The winner of the Distinguished Performance prize has gone on to win the Tony for the past four years in a row, with Danny Burstein (“Moulin Rouge!”), Bryan Cranston (“Network”), Glenda Jackson (“Three Tall Women”), and Ben Platt (“Dear Evan Hansen”) all repeating their victories at the Tonys. The Drama League and Tonys have also recently matched up with Neil Patrick Harris (“Hedwig and the Angry Inch”), Audra McDonald (“Porgy and Bess”), Mark Rylance (“Jerusalem”), Geoffrey Rush (“Exit the King”), and Patti LuPone (“Gypsy”).

Performers can only win the Drama League award once in their careers, and this rule could push some voters to think of the award as a de facto “career achievement” award. This could be a major factor that worked in Foster’s favor with the Drama League. She is one of the true triple-threat stars of Broadway, and amassed an impressive theatrical career. It makes sense that voters would leap at the chance to reward her after dominating New York stages with iconic performances for years.

Tony voters probably aren’t interested in a career achievement narrative, but we shouldn’t discount their admiration for the versatility shown by one of Broadway’s brightest stars. Some folks were surprised when Foster was announced as Hugh Jackman’s co-star in “The Music Man.” Her character Marian is written for a classic soprano (the role was originated by Barbara Cook, who won a Tony for her portrayal), whereas Foster is known for her powerful chest voice and supersonic belt. But audiences and critics have appreciated the ways in which Foster not only taps into an upper vocal register that we rarely hear from her, but also reinvents the role with a fresh take. Tony voters have rewarded the actress for reinvigorating a classic character before with her dance-heavy take on Reno Sweeney in “Anything Goes.” It stands to reason they may be tempted to reward a similar reimagining yet again.

Foster already has two Tony wins under her belt for “Thoroughly Modern Millie” in 2002 and the 2011 revival of “Anything Goes.” Both wins were in the Lead Actress in a Musical category. Should Foster prevail again this year, she will join Mary Martin (“South Pacific,” “Peter Pan,” “The Sound of Music”) and Gwen Verdon (“Damn Yankees,” “New Girl in Town,” “Redhead”) as the only three-time winners in this category. Angela Lansbury is reigning queen of this race, with four total wins for Lead Actress in a Musical (“Mame,” “Dear World,” “Gypsy,” “Sweeney Todd”).