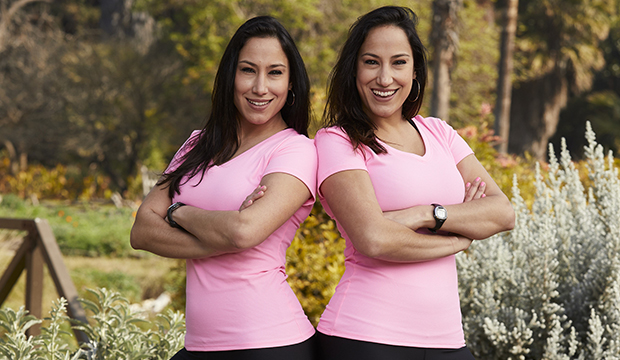 “The Amazing Race 33” continues with 10 teams racing through Scotland in February 2020 before they receive shocking news that production will be suspended due to the COVID-19 pandemic. Which team was eliminated in “Who Has This One in the Bag?” And who will return when production resumes? The third episode airs Wednesday at 9/8c on CBS.

9:00 p.m. — Previously, on “The Amazing Race!” In the two-episode series premiere, 11 teams jetted off to London for the adventure of a lifetime while competing for $1 million. They had no idea a global pandemic was on the horizon and singing police officers Michael Norwood & Moe Badger became the first duo eliminated. At the end of the second leg, host Phil Keoghan informed Lulu & Lala that despite finishing in last place, they had not been eliminated. What will happen tonight when the contestants find out the competition is about to be put on hold?

9:05 p.m. — Ryan & Dusty are the first to depart on this leg and they’re heading to Glasgow, Scotland by train. There is just one train, which allows the other teams to all catch up as they head north.

9:15 p.m. — The teams have arrived in Glasgow and sprint off the train to their next clue. They must drive themselves across Scotland’s biggest city to a clue box which will give them their next task. Ray immediately struggles with his stick shift transmission, so he and his girlfriend Caro could be in for a bumpy ride. Kim & Penn find it first and read the Roadblock that one team member must complete. They have to assemble a bagpipe and play a note the length of a traditional Scottish anthem. Anthony & Spencer are next to the Roadblock, followed closely by Ryan & Dusty. Teams struggling early include Arun & Natalia (who missed an exit ramp), Sam & Connie (who are struggling with their stick shift) and Taylor & Isaiah (who look completely lost on the road). Kim is the first person to assemble her bagpipe and blast out a lengthy note. That launches Kim & Penn into first place. Meanwhile, several teams have already gotten lost and haven’t even reached the bagpipes yet!

9:22 p.m. — Kim & Penn are heading to their next clue while Caro & Ray’s relationship starts to disintegrate before our eyes. Kim & Penn have reached the Detour, which requires teams to put on a show wearing kilts and singing a classic Scottish hymn. When they are note perfect, a young Scotsman will give them a clue. If they would like a different, more physical challenge, teams could rebuild old barrels. Kim & Penn think this is a no-brainer and immediately go sing for the children. Ryan & Dusty are next to the Detour and will try their luck and building barrels. Whoever chose more wisely could determine the winner of this leg!

9:30 p.m. — Ryan & Dusty are forming quite the bromance with Anthony & Spencer and this alliance is now building barrels like it’s a fun group activity. Meanwhile, Natalia finishes her bagpipe routine back at the last station, but before leaving she stops to help Sam assemble his bagpipe. Aww, that kind gesture could get her and her father eliminated at some point. And it could be sooner than later! Several teams have now passed them by while Natalia & Arun get lost looking for directions to their next clue. Luckily for them, several teams are doing even worse. Specifically Caro & Ray, Akbar & Sheridan and Taylor & Isaiah (in last place).

9:35 p.m. — It is interesting to see most teams choosing to build barrels. Meanwhile, Kim & Penn look like they’ve been performing Scottish showtunes for years. They nail their second attempt and will remain in first place as they head to the next pit stop at the University of Glasgow. Hot on their heels are Ryan & Dusty and Anthony & Spencer who have completed building barrels. It’s a three-way race for first place!

9:45 p.m. — Arun & Natalia struggle with the barrel build so they shift Detours to the song and dance. This could be the final nail in their coffin, but it looks like Akbar & Sheridan are struggling as well. At the pit stop, Kim & Penn officially win this leg along with a trip for two to Cape Cod. At the back of the pack, Lulu & Lala finish the Scottish song and dance and realize they aren’t in last place. They’re actually in seventh place! Watching Arun rehearse for this song and dance is painful because I’m just not sure this man stands a chance. Still, Akbar & Sheridan remain in last place because they have gotten so lost along the way. They’re relieved to see Arun & Natalia are still in the theater when they arrive. It will all come down to which of these two teams finishes first. Akbar & Sheridan pull it out and leave the building. Arun is beyond frustrated that he can’t get the hang of this song and dance routine.

9:55 p.m. — Teams gradually arrive at the pit stop, one by one (see order of finishers below). Arun & Natalia continue their struggles with the Scottish song and dance, but Akbar & Sheridan are now completely lost in their search for the University of Glasgow. Things turn sad when Arun begins to cry because he feels like he failed his daughter. She insists she is proud of him and encourages him to keep pushing forward. As the intensity builds, we finally see Akbar & Sheridan arrive at the pit stop, which means Arun & Natalia have finished in last place. The father/daughter duo has been eliminated from the race. Arun says it was the best experience a father could hope for. This is such a sad elimination!

9:59 p.m. — Phil calls the teams together and informs them that the race is being put on hold. This is some tough news. Phil hopes all the teams are able to return and complete the race. Everyone heads home to regroup safely before gathering back together 19 moths later. We will find out what happens when the race continues next week!