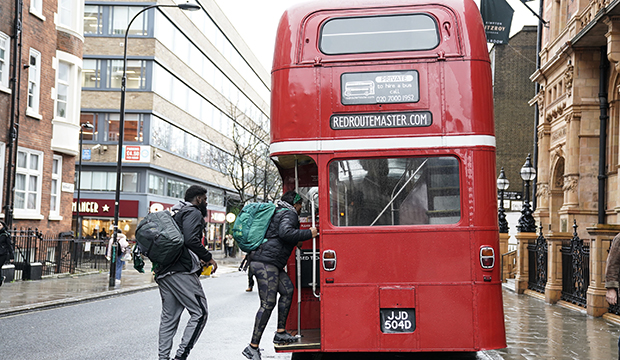 After getting forced into the longest Pit Stop ever by COVID-19, “The Amazing Race” is back. Season 33 premieres Wednesday at 8/7c on CBS, nearly two years after production shut down in February 2020 due to the fast-spreading virus.

Throughout most of 2020, it likely felt improbable at times that the globe-trotting series would roll cameras again, but as Phil Keoghan told Gold Derby last June, producers were diligently drafting a COVID-safe plan for the restart. Season 33 resumed production in September, a year and a half later, using a charter plane and limiting the remaining legs to Europe. Prior to the shutdown, the show completed three episodes in London and Scotland. In the two-hour season premiere of the first two legs, the 11 teams first hit London, where they must find “The Queen” and “Boris Johnson” having a nosh.

The cast consists of brand new teams, but there are some familiar faces, including “Love Island” alums Caro Viehweg and Ray Gantt, who broke up during the COVID-induced break, and internet personalities Kim and Penn Holderness of the Holderness Family. When the show resumed production, only seven of the remaining nine teams were able to return. Needless to say, this season is unlike any other.

8:05 p.m. — Phil begins tonight’s episode by telling us it’s finally time to enjoy the new season of “The Amazing Race.” After a complicated schedule that was interrupted by COVID-19, the series is complete! The first leg kicks off with 11 teams heading to London. Which team will take the early lead?

8:15 p.m. — When the teams land they must make their way to Trafalgar Square and look for London’s iconic red phone boxes. Fresh off the plane, the teams sprint out to catch the taxis. A few teams arrive all at once, but it’s Raquel & Cayla who get their clue first. Teams will now travel on foot to Buckingham Palace to find their next clue.

8:20 p.m. — The flight attendants reach the clue box fist. In the Artist Den Detour, teams will make their own public statement by posting a piece of street art on full display. In the Digiben Detour, teams will time travel through London, beginning in Parliament Square and heading to Big Ben, Little Ben and, eventually, Digiben, who appears to be a DJ.

8:30 p.m. — Connie & Sam have fallen to the back of the pack early in this race. Their taxi took a different path and it doesn’t appear to have paid off. Meanwhile, other teams are in the middle of the first Detour. Finally, all the teams have begun work on the first Detour. Kim & Penn are off to a good start at the Artist Den while Akbar & Sheri argue about Sheri’s fitness and commitment to this race.

8:40 p.m. — During a stressful first leg, Anthony & Spencer are officially in first place after completing their Detour. They will now head to the Chipping Forecast where they will find Boris Johnson and the Queen having a nosh. Ryan & Dusty are close behind in second place with Raquel & Cayla in third. The top two teams are racing together at this point. They’re playing nice and both teams pick up their final clue of this leg. The first pit stop is at the Natural History Museum.

9:00 p.m. — Everyone is being pretty nice throughout this first leg. The realization of elimination has yet to sink in and the competitive juices aren’t quite flowing. I expect tempers to flare a bit more going forward. Anyways, the teams finish in the following order: Anthony & Spencer (they have won a trip for two to Turks & Caicos), Ryan & Dusty, Raquel & Cayla, Kim & Penn, Caro & Ray, Akbar & Sheri, Connie & Sam, Taylor & Isaiah, Arun & Natalia, Lulu & Lala and Michael Norwood & Moe Badger. The singing police officers are the first team eliminated from this race.

9:15 p.m. — Leg 2 kicks off with Anthony & Spencer departing first. Teams will race to Mail Rail to find their first clue. The childhood friends lose their lead when no taxi stops to pick them up. Ryan & Dusty take over the lead heading into the Road Block. Teams will have to deliver mail through a trusty rail station and then search through thousands of letters until they find their clue. Ryan eventually finds his clue and catches the first train out of the station. These two will hold onto a big lead as they head to Leicester Square, where teams will choose a Detour. The flight attendant worked smarter, not harder, and they quickly passed by the competition to take over second place.

9:30 p.m. — Penn and Ray completely overthink this Road Block and have wasted a ton of time for their teams. Ray is getting an earful from his girlfriend, Caro, who can’t believe how much time he lost. Meanwhile, Ryan & Dusty have reached the Detour. In “Bullseye, Mate,” teams will head to a bar and throw some darts. If they both hit a Bullseye in the same round, they’ll receive their next clue. In “Decorate,” they will have to decorate two blank cakes with two flags of the European Union. Ryan & Dusty will try their best at darts, but the two closest teams behind them will decorate cakes! Who made the right choice?

9:40 p.m. — Lulu & Lala are currently in last place, but there’s a lot of time left in Leg 2. Most teams have chosen to decorate cakes at the Detour, so if anyone is good at darts they could take a huge lead right now. And that team is Ryan & Dusty! They nail a couple bullseyes real quick and they’re already heading to the next Pit Stop. Ryan & Dusty finish this leg in first place. Connie & Sam made up a lot of ground by choosing to throw darts. They move up to second place, passing by all the teams decorating cakes. They also overtake Arun & Natalia, who were at the dart board next to them.

9:59 p.m. — It’s amazing how many teams think Norway is in the European Union. At least two so far. Raquel & Cayla are actually the first to finish their cakes, after wrongfully decorating one of the British flag, which also isn’t in the EU. Gradually, teams start wrapping up this challenge and racing for the Pit Stop. Let’s see how this plays out and if the last team will be eliminated! Based on results, the teams that chose the darts Detour were correct. They finished 1-2-3. Twin sisters Lulu & Lala ended up fighting about ex-boyfriends. Husbands Taylor & Isaiah got stuck at a few shutdown roads. But, there is no elimination after Leg 2 so the Top 10 will continue forward in next week’s episode. 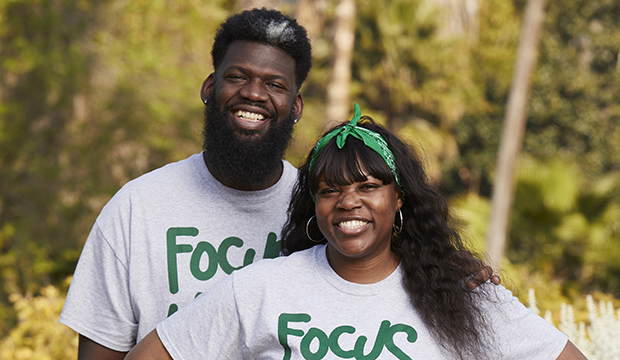