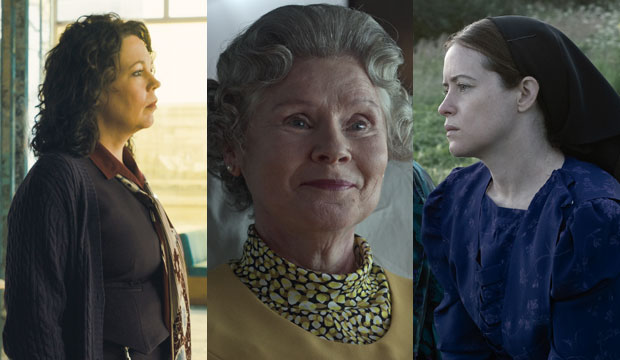 As the winter awards are coming up, we might be in for a triple dose of royalty. All three actresses who’ve played Queen Elizabeth II on the hit Netflix series “The Crown” could be nominated in different categories at this year’s Golden Globes and SAG Awards. Claire Foy is contending for “Women Talking,” Olivia Colman is contending for “Empire of Light,” and Imelda Staunton is contending for the fifth season of “The Crown.” What are the odds that each of them could win at those ceremonies?

In “Women Talking,” Foy, who previously starred in the first two seasons of “The Crown,” plays Salome Friesen, the younger daughter of family matriarch Agata (Judith Ivey). According to the current combined predictions of Gold Derby users, she is in second place for the Globe for Best Film Supporting Actress with 5/1 odds. Ahead of her with 39/10 odds happens to be her co-star, Jessie Buckley. Meanwhile, Foy is the front-runner to win that same category at the SAG Awards with 4/1 odds.

It’s possible that Foy and Buckley could split their support, which would pave the way for someone else to win. Both actresses have been singled out as standouts of the cast. However, one of Foy’s big moments in the movie is a monologue, which could prove to be real catnip for voters. She also has a chance to win best film ensemble as a cast member of “Women Talking,” which is currently in third place with 9/2 odds behind “Everything Everywhere All at Once” and “The Fabelmans,” so that’s a chance to give both Foy and Buckley their due.

In “Empire of Light,” Olivia Colman, who starred in seasons three and four of “The Crown,” plays Hilary Small, a cinema manager who is struggling with her mental health. She is currently in sixth place to receive a Golden Globe bid for Best Film Drama Actress with 11/1 odds, standing right outside of the predicted five. Although given Colman’s impressive track record at the Globes, having previously earned three wins out of six nominations, we probably shouldn’t be counting her out.

Meanwhile, she is currently in eighth place to receive a SAG nomination for best film actress with 44/1 odds. But given how Colman has managed to receive eight nominations (both individually and as a member of ensembles) from the Screen Actors Guild within the last four years, we probably shouldn’t be counting her out there either. Winning at either awards show might be harder, though, due to the competitive nature of this year’s Best Actress race leading up to the Oscars.

As for the third and final Queen on “The Crown,” Imelda Staunton is currently predicted to win the Globe for Best TV Drama Actress with 7/2 odds. That would be similar to how Foy won the Globe for the very first season in 2017 and Colman for her first season in 2020. Staunton is also the frontrunner in that same category at the SAG Awards with 37/10 odds. Foy did win there individually two years in a row. Colman did not, although she prevailed as a cast member in best TV drama ensemble for both of her seasons. Speaking of which, the fifth season of “The Crown” is currently predicted to win that coveted prize again with 10/3 odds. So Staunton has two chances to win a SAG Award this year.

If all three of them prevail at either awards show, they should pose for pictures together backstage with their matching trophies. 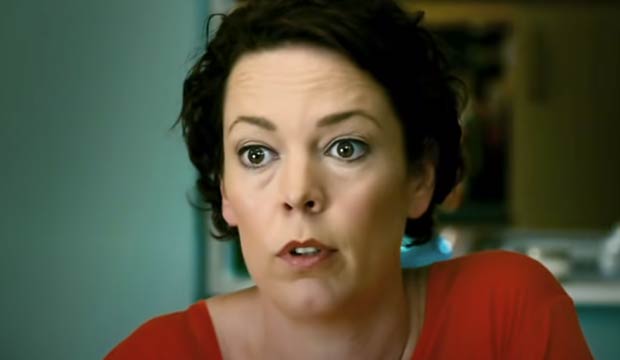