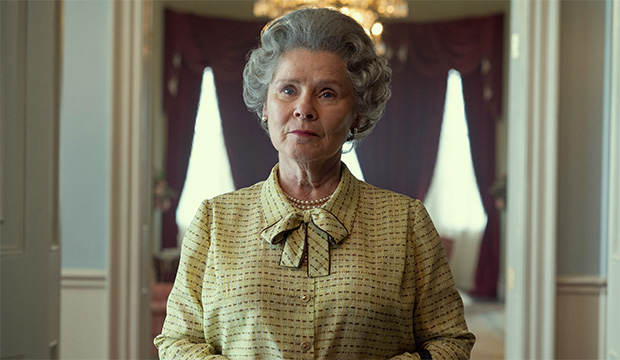 In the 28-year history of the SAG Awards, only half a dozen TV series have received Best Drama Ensemble nominations for all of their first five seasons. “ER” set this precedent in 1999 and was followed by “The Sopranos,” “The West Wing,” “Six Feet Under,” “Mad Men” and “Boardwalk Empire.” With its fifth iteration set to drop on Netflix on November 9, “The Crown” is expected to soon be the seventh entrant on this list. Just two years after becoming the ninth show to conquer this category twice, the series centered on the British royal family could now follow “ER” and “Downton Abbey” as the third triple Best Drama Ensemble winner.

As was the case right before the announcements of both the 2020 and 2021 SAG Award nominations, “The Crown” currently ranks first in Gold Derby’s odds-based Best Drama Ensemble predictions. The cast of the show’s third and fourth seasons triumphed at those two previous ceremonies, so it stands to reason that another win is on the horizon. Although said cast has now been completely overhauled, guild voters should have no trouble warming up to the new ensemble, given that it includes several well-established screen veterans.

Gold Derby further predicts that Imelda Staunton, who is set to play Queen Elizabeth II through the sixth and final season of “The Crown,” will win the next SAG Award for Best Drama Actress. Claire Foy, who originated the part, took the same prize in 2017 and 2018, while her successor, Olivia Colman, lost on her two individual outings in 2020 and 2021. Elizabeth Debicki, who has replaced Emma Corrin as Princess Diana, is expected to earn a bid in the same category.

On the male side, our odds indicate that both Jonathan Pryce and Dominic West will be individually recognized by the acting guild for their respective performances as Prince Philip and his son, Prince Charles (last played by Tobias Menzies and Josh O’Connor). Lesley Manville, who has inherited the role of Princess Margaret from Helena Bonham Carter, is in ninth place in our Best Drama Actress predictions.

SEEImelda Staunton looks poised to do what Olivia Colman couldn’t: Win a solo SAG Award for ‘The Crown’

Before the Colman-led cast of “The Crown” achieved their two ensemble wins, Foy and her costars were bested in 2017 and 2018 by the actors from “Stranger Things” and “This Is Us.” With those respective casts ranked sixth and 13th in our predictions, the biggest threats to “The Crown” in the current race are “Severance,” “Better Call Saul,” “House of the Dragon” and “Ozark.”

“Better Call Saul” and “Ozark” both already lost this award to “The Crown” in 2021 (and to “This Is Us” in 2019). Although “House of the Dragon” is a new show, its parent series, “Game of Thrones,” fell to “The Crown” here in 2020 (and lost six other times between 2012 and 2018). With this proven track record, and given the general renewed interest in the royal family surrounding King Charles III’s ascension upon his mother’s passing, the new “Crown” cast has a clear path to victory.