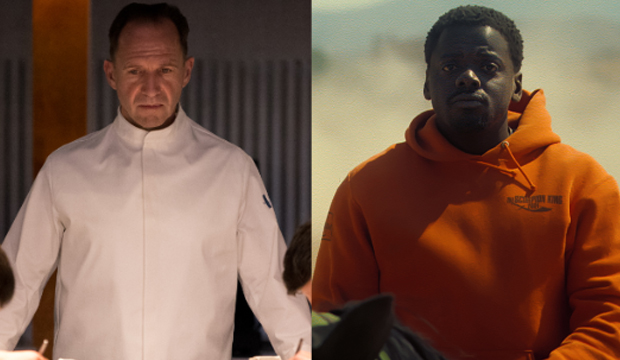 In the absence of a Golden Globe category for Best Horror Film, motion pictures that fit into the spooky genre have always had to compete as dramas, comedies, or musicals in order to win the Hollywood Foreign Press Association’s highest honor. Even after eight decades, the list of horror or horror-adjacent films that have succeeded in earning Golden Globe nominations is strikingly short, but more examples could be added this year if HFPA voters warm up to comedic fright fests “The Menu” and “Nope.”

Mark Mylod’s “The Menu” takes place almost entirely on a private island where a sadistic celebrity chef hosts an eclectic group of strangers for dinner and, unbeknownst to them, their painful demises. “Nope,” the third original horror film from writer-director Jordan Peele, incorporates science fiction elements to tell the story of a brother and sister who are forced to defend their ranch from a destructive unidentified flying object. Both films have done well at the box office, with the latter being the 13th highest grosser of the year.

Either “The Menu” or “Nope” would technically be the second traditional horror movie ever nominated for the Best Comedy/Musical Film Golden Globe, after Peele’s debut feature, “Get Out,” in 2018. At this point, Peele’s first film stands alone among this category’s past contenders in that it is a non-musical, darkly comedic horror movie primarily designed to elicit feelings of fear and discomfort from its viewers. Based on a broader definition of horror, it was preceded in the category by the more comedy-heavy “High Anxiety” (1978) and “Ghostbusters” (1985) as well as the horror musicals “Little Shop of Horrors” (1987), “The Phantom of the Opera” (2005), and 2008 winner “Sweeney Todd: The Demon Barber of Fleet Street.”

When it comes to the Best Drama Film category, the only horror movie that has ever prevailed is “The Exorcist” in 1974. It also won the awards for Best Director (William Friedkin), Best Screenplay, and Best Supporting Actress (Linda Blair). Other dramatic horror films that have competed for the top prize include “The Collector” (1966), “Jaws” (1976), “The Silence of the Lambs” (1992), and “Black Swan” (2011).

According to Gold Derby’s odds, “The Menu” is this year’s eighth likeliest Best Comedy/Musical Film contender, while “Nope” is currently in 13th place. The former could also realistically pick up a pair of lead acting bids for Anya Taylor-Joy and Ralph Fiennes, while the latter could do the same for Keke Palmer and Daniel Kaluuya.