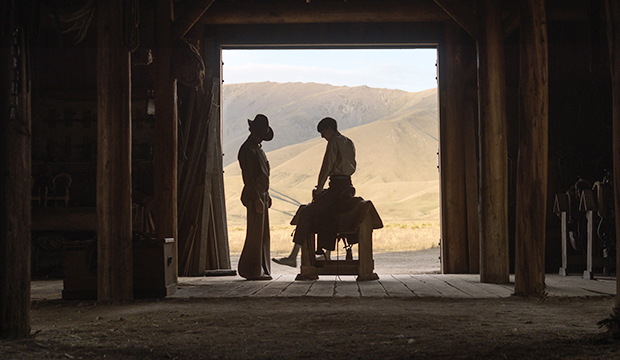 When “The King’s Speech” won the Oscar for Best Picture in 2011, it became the latest in a number of other films to win Oscars in the four major categories: picture, director, acting and writing. Since then, no film has matched that win rate in above-the-line races. A number of films have won three, including “The Artist,” “12 Years a Slave,” “Birdman,” “Moonlight,” “Green Book,” “Parasite” and “Nomadland,” but none was able to complete the quartet. But this year presents an opportunity for one film to pull off the sweep, with all signs pointing to Jane Campion‘s “The Power of the Dog.”

Campion’s Western drama about a 1920s rancher who torments his sister-in-law and her son is proving to be a formidable awards contender, collecting more than 20 Best Picture prizes from various critic awards. Campion’s directing and adapted screenplay have also earned overwhelming plaudits from such organizations, while supporting standout Kodi Smit-McPhee has emerged as the frontrunner in Best Supporting Actor. “The Power of the Dog” is the favorite for an Oscar nomination in each of those four categories, according to the latest Gold Derby odds.

Over the last decade, Oscar voters have been increasingly hesitant to go all in on one film like they used to, especially in the bigger categories. Since “The King’s Speech,” only “Birdman” and “Parasite” have even won matching directing and writing prizes. With Campion far out in front in both categories, it’s looking more and more likely that “The Power of the Dog” will join that elusive group. For Smit-McPhee, his enigmatic, understated performance would make him an atypical winner in Best Supporting Actor, so it may be best to hold off a bit before engraving his statuette. And yet, it is inarguable that the actor’s various precursor wins make him the frontrunner at this stage of the game.

It is possible that “The Power of the Dog” could win all three of those major awards and still lose Best Picture. The nature of the preferential ballot will likely be the film’s biggest obstacle; it may be difficult to build a consensus from the academy’s various demographics considering the dark, sometimes brutal tone of the film. But if the industry isn’t as taken with “The Power of the Dog” as much as critics are, the question is which film will be singled out as the alternative. Crowd-pleasers like “Belfast” and “King Richard” would seem to have a shot, but neither has caught on as a major audience favorite, based on box office receipts. “West Side Story” has similar box office problems and may run into the issue of being seen as a “remake” of the Best Picture-winning 1961 version. “Don’t Look Up” has stirred up a lot of conversation, but is it too divisive? Without a clear alternative, the power of Campion’s film might just make it that rare above-the-line sweeper.