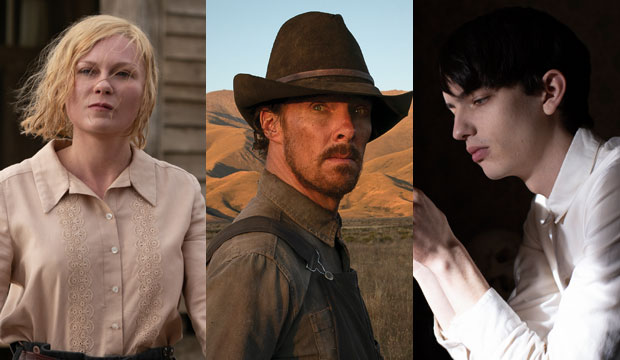 There have been plenty of sweeps in Oscar history, but acting sweeps are far less common. In fact, no film has ever won all four acting categories, and only two films have won three: “A Streetcar Named Desire” (1951) and “Network” (1976). After 45 years we could potentially get another: “The Power of the Dog.”

As of this writing Smit-McPhee and Dunst are leading our odds in the supporting categories with both having received ample support from critics groups in nominations and wins. Smit-McPhee has especially cleaned up with prizes from Chicago, Los Angeles, New York, and Philadelphia journalists, among others. If they maintain their leads throughout the season and end up taking home the trophies, “Power” would be the first film since “The Fighter” (2010) to claim both supporting Oscars.

But what about Best Actor? Will Smith (“King Richard“) has led our odds in that race for months, but Cumberbatch has been right behind him every step of the way. Just like his co-stars, Cumberbatch has been a darling of critics (he also prevailed in Chicago and New York). He’s also a past nominee for “The Imitation Game” in addition to his appearances in other Oscar movies like “Atonement” (2006), “Tinker Tailor Soldier Spy” (2011), “12 Years a Slave” (2013), and “1917” (2019), so he’s certainly due for a win much like Smith is.

On top of that “Power of the Dog” leads our odds for Best Picture. There’s no guarantee of winning a lead-acting award if your movie wins Best Picture, but it sure doesn’t hurt — just ask Frances McDormand. And as of this writing, though Smith remains the consensus choice, five of the Expert journalists we’ve surveyed are betting on a Cumberbatch upset: Eric Deggans (NPR), Susan King (Gold Derby), Kevin Polowy (Yahoo), Alicia Malone (Turner Classic Movies), and Michael Musto (Queerty). Are they onto something? And if so, does that mean the film will wrangle all three prizes?