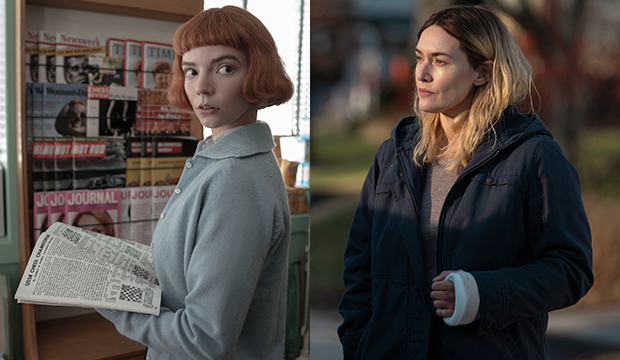 Last year, the Critics Choice Awards honored “The Queen’s Gambit” with major victories for Best Limited Series and Best Limited Actress (Anya Taylor-Joy). It later won a whopping 11 trophies at the Emmy Awards, though Taylor-Joy was bested by Kate Winslet (“Mare of Easttown”) in the actress race. Now that Netflix’s chess-themed miniseries is ineligible, what will take its place in the winner’s circle at the 2022 Critics Choice Awards? It’s time for some fresh blood.

According to Gold Derby’s Critics Choice Awards predictions, the program to beat is “Mare of Easttown.” It stars Winslet as police detective Mare Sheehan, whose small suburb in Philadelphia is rocked by a murder. The critics also nominated three supporting performances: Evan Peters as Detective Colin Zabel, a young detective who has a crush on Mare; Julianne Nicholson as Lori Ross, Mare’s childhood friend who knows more than she’s letting on; and Jean Smart as Helen Fahey, Mare’s quirky mother. Winslet, Peters and Nicholson all won Emmys for these roles.

Second place contender “Maid” is based on Stephanie Land‘s memoir “Maid: Hard Work, Low Pay, and a Mother’s Will to Survive.” It focuses on Margaret Qualley‘s Alex, a single mother who struggles to make a living after her boyfriend becomes abusive. Co-stars Nick Robinson (as Alex’s abusive boyfriend Sean) and Andie MacDowell (as Alex’s manic mother Paula) were both strangely snubbed at the Critics Choice Awards, despite giving career-best performances.

Third place nominee “WandaVision” was a signature series for Disney+ last January, with Elizabeth Olsen and Paul Bettany reprising their Marvel Cinematic Universe roles as Wanda Maximoff and Vision. The breakout character turned out to be Kathryn Hahn‘s Agatha Harkness, a cackling witch with her own viral theme song, “Agatha All Along.” The program won Creative Arts Emmys for production design, costumes and music & lyrics, though it was skunked in the above-the-line categories.

The fourth limited series with strong odds is “Dopesick,” based on “Dopesick: Dealers, Doctors and the Drug Company that Addicted America” by Beth Macy and adapted by creator Danny Strong. Lead actor Michael Keaton and supporting actress Kaitlyn Dever received nominations at the Critics Choice Awards for their memorable roles as Dr. Samuel Finnix and Betsy Mallum, respectively.