Tonight on “The Voice,” the top four artists are revealed as safe by America’s votes while the bottom four compete in the instant save. Which five will sing in next week’s live finale? And will coaches Blake Shelton, Camila Cabello, Gwen Stefani and John Legend all be represented?

Below, read our minute-by-minute “The Voice” recap of Season 22, Episode 23 to find out what happened Tuesday, December 6 at 8:00 p.m. ET/PT. Then be sure to sound off in the comments section about your favorite artists on NBC’s long-running reality TV show, which coach you’re rooting for and who you think will ultimately join “The Voice” winners list for this 22nd season. Carson Daly hosts the Emmy-winning program. Here are the current team breakdowns:

8:00 p.m. – “Previously on ‘The Voice‘!” The top eight artists performed individual songs and Whitney Houston duets, hoping to win over America. Which three artists will be eliminated tonight? And who will sing for the Season 22 championship? Let’s find out!

8:01 p.m. – Before we got to any of the big results, coach Blake took the stage to perform his new single “Nobody.”

8:05 p.m. – The first artist to make it into the finale was Bryce Leatherwood.

8:15 p.m. – The next two artists to make it into the finale were Morgan Myles and bodie.

8:22 p.m. – With one more finalist to find out, we instead turned our sights back to the stage for a special performance of “What He Didn’t Do” by Carly Pearce.

8:27 p.m. – The final artist to make it into the finale based on the overnight vote was Brayden Lape, meaning all three of Team Blake’s artists advanced.

8:33 p.m. – First up to sing for the fifth spot in the finale was Parijita Bastola with “Make You Feel My Love.” John called it “gorgeous” and said that even in the face of overwhelming pressure she was still able to sing with poise and grace.

8:36 p.m. – Kim Cruse sang next, taking on the big vocal of “All By Myself.” John told her that she “did it again,” fighting for her spot in the competition. He called her powerful and one of the best singers he’s been around in his life.

8:44 p.m. – Singing “Made a Way” was Justin Aaron for his chance to earn the save. Gwen said it was apparent that Justin was deeply connected to the song and that it was a powerful performance. She also said it’s been a joy to watch his growth throughout the competition.

8:47 p.m. – The final performance was from Omar Jose Cardona with “You and I.” By the end of his performance he had all four coaches standing and cheering for him. Chuckling, John said he’s “stunned” that Omar is in the position of having to sing for the save, but he’s shown every week that he has an incredible voice and that if voting is for people with “the voice” then he should get their votes.

8:55 p.m. – Before we found out who the fifth finalist will be, Parijita took a moment to thank John for knowing what was best for her in the competition. John replied that her parents must be proud of the way she represented her family and her culture on the show. Kim thanked John for believing in her and for giving her the “extra push” she needed to be an inspiration to the audience. John said that she inspires him and is grateful to be able to be around singers as passionate as her. Justin was able to thank Gwen for taking a chance on him and allowing him to get to work with “an icon.” Gwen thought she was lucky to be able to work with him because of his, bravery, good spirit and open heart. Omar closed out the comments by telling John how cool it was working with him and for all of his advice. John was amazed that Omar didn’t realize he’d get so far on the show and had a pleasure giving him objectives that even he couldn’t do himself.

8:59 p.m. – In the final moments of the broadcast, Carson announced that America instantly saved Omar, sending him through to the finale with Brayden, Bryce, bodie and Morgan. 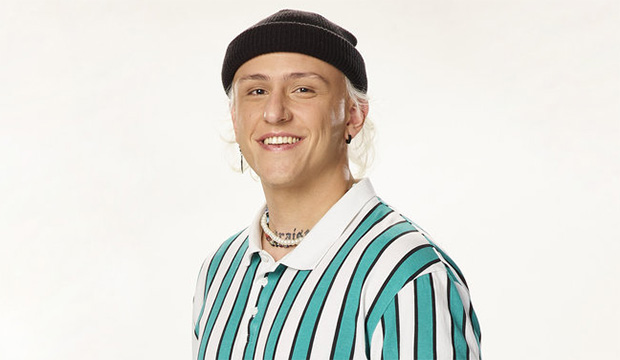