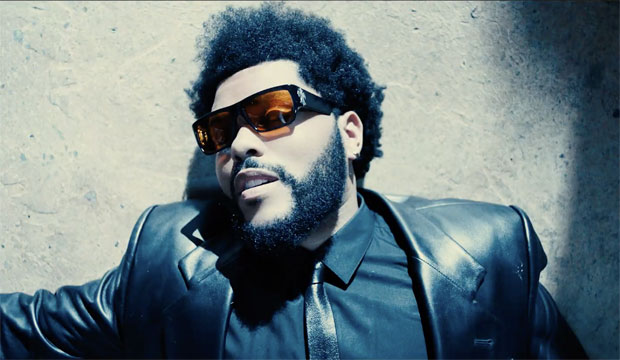 It’s been a busy couple of years for The Weeknd, so there were high expectations leading into his fifth studio album, “Dawn FM,” which was released on January 7 with only a few days’ warning. It follows his blockbuster 2020 collection “After Hours,” which produced the biggest hit single of his (or anyone else’s) career, “Blinding Lights.” So he did what any musician would do in his position … collab with Jim Carrey?

The “Truman Show” actor and comedian appears on the set as a narrator, in addition to guest appearances by Quincy Jones, Tyler the Creator, and Lil Wayne. But as unusual as that may sound, critics so far are loving the results. As of this writing “Dawn FM” has a MetaCritic score of 89 based on 12 reviews counted thus far, all of them positive. If that score holds this will be the highest-rated album of The Weeknd’s career, beating the 87 critical rating for his 2011 debut mixtape “House of Balloons.”

Music journos are calling “Dawn” “effortless and confident,” “a woozy, psychedelic deep dive” into The Weeknd’s “famously twisted psyche.” Its execution is “sharp” and “seamless,” but despite its heavy metaphysical subject matter it sounds “refreshingly light and accessible.” The album will probably also be a commercial hit, but don’t expect that one-two punch of musical success to translate to Grammys in 2023 because The Weeknd vowed to boycott those music kudos. He is nominated three times this year as a featured artist on music submitted by his collaborators, but unless he changes his mind about the recording academy, expect this “Dawn” to break mostly for fans.

Check out some of the reviews below, and discuss this and more with your fellow music fans here in our forums.

Alexis Petridis (The Guardian): “The most noticeable thing about ‘Dawn FM’ is how effortless and confident it feels, as if Tesfaye has been bolstered rather than cowed by its predecessor’s success. Brilliantly written, produced and sung, it offers the captivating sound of an artist who knows he’s at the top of his game.”

Sal Cinquemani (Slant): “Tesfaye’s music up to this point has been preoccupied with seeking escape from the harsh realities of life through sex, drugs, and other forms of debauchery — and, apparently, a fascination with the cosmos. Rather than looking outward or upward, though, ‘Dawn FM’ is a woozy, psychedelic deep dive inside the artist’s famously twisted psyche.”

Bobby Olivier (Spin): “As The Weeknd descends further into conceptual madness, his fifth album ‘Dawn FM,’ out Friday (and announced only earlier this week), unfurls a vaguely existential playlist — songs welcoming listeners to the ‘painless transition’ of the great beyond. While the metaphor is somewhat trite, the execution is sharp; a seamless, afternoon-drive radio airplay.”

Will Dukes (Rolling Stone): “The 16 songs on ‘Dawn FM’ don’t grapple with the idea of addiction in the way we’ve come to expect from him (none of the addled ‘glass-table girls’ of last decade’s demon time), and infidelities amount to wistful moments of vulnerability as opposed to tortured diatribes. If there’s a self-help vibe here, it’s refreshingly light and accessible — self-help for the selfie set.”