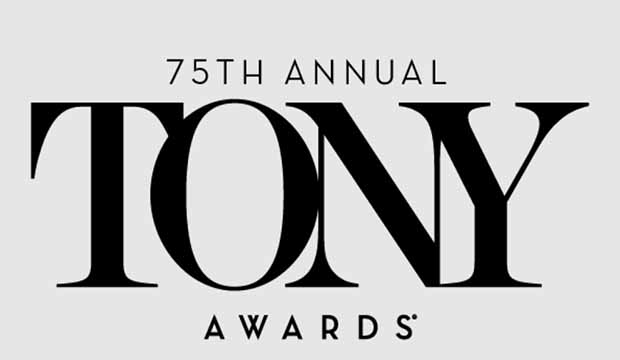 I’ve been covering the Tony Awards for years but I had never stepped foot inside of Broadway’s biggest celebration until this year. When offered the last minute opportunity to attend the 75th Annual Tony Awards, I leapt at the chance to experience the awards show first hand. Here’s what it looks like to get ready for the big event with barely any notice, and what its like to sit inside Radio City Music Hall.

My invite came just a day before the telecast and so I hurriedly arranged a trip to the barber and began piecing together an outfit. Then horror struck on the day of the Tonys: I couldn’t find my black dress shoes anywhere. Did I leave them in the hotel on my last trip? Did I accidentally put them in the bag of clothes I donated to Goodwill? Who knows, but it was already 3pm. I raced into Manhattan, hysterically pleaded with an Aldos employee to find a shoe my size, then raced back home to Queens to shower and change. It felt roughly equivalent to the enormous amount of dancing Hugh Jackman does in “The Music Man” (it’s wasn’t, but I was sweating as much as he does), so I considered this frantic afternoon my “Sunday matinee.”

When my car finally arrived, I confidently confirmed with the driver: “I’m headed to the Tony Awards at Radio City!” Based on the silent blank stare which formed his response, this clearly meant nothing to him. But at least knew to take me to Midtown. New York will always keep you humble, I suppose.

SEE 2022 Tony Awards: Every winner (and nominee) in all 26 competitive categories

Upon entering Radio City Music Hall, the first thing that struck me was the energy in the room. It’s buzzing and electric. Everyone has donned their most expensive and most fabulous clothing, they are snapping selfies in the opulent lobby, flipping through their thick collector Playbills, and staring up in wonder at the auditorium’s golden ceiling which wraps itself over the audience like a hug from the heavens. A stage manager’s voice comes over the God mic at the end of each commercial countdown, instructing us to give “a little applause please,” but this crowd of theatre people really doesn’t need prompting to start cheering and clapping.

I took my seat in the center of the first mezzanine among members of the New York City Gay Men’s Chorus, as my partner Chris sang in the tribute to Lifetime Achievement honoree Angela Lansbury. The feeling of seeing someone you love perform on that particular stage, one with so much history tied to this city and industry, makes you want to leap out of your skin with excitement. Indeed, the night is full of pockets of people hollering with joy when their friends, colleagues, and loved ones take the stage. And it’s infectious. While you don’t get to take in all of the fancy camera angles, the ceremony just feels more alive when experienced in person because everyone is attending in support of a person or production.

In addition to cheering on the chorus after their rendition of “Mame,” I was applauding the artists taking the stage, several of whom I’ve had the privilege of interviewing this season. Deirdre O’Connell’s win for Lead Actress in a Play got me particularly excited, with my hands flying up into the air as her name was aloud. My screams of joy at such a unique, “downtown” performance being recognized, elicited some looks from my seat neighbors. They clearly hadn’t seen “Dana H.” and didn’t know why I was losing my mind. (Didi: if you heard the sound of a crazed banshee emanating from the first mezzanine, it was me. Sorry).

It’s remarkable to witness how tightly choreographed the show is, and I don’t just mean the dance numbers. A production number finishes, the scenic elements whizz off stage left, while a presenter makes their entrance stage right, caught by the cameraman who races across the stage and turns at just the right moment to ensure that the descending scrim is out of frame. There is not a single second wasted.

Beyond this highly orchestrated wizardry, true Broadway nerds (such as yours truly) will be captivated by the activity during the commercial breaks. No one is just sitting around twiddling their thumbs here. We witnessed a highlight reel of classic Tony performances (Ethel Merman’s “Gypsy,” Carol Channing’s “Hello Dolly!,” and Cynthia Erivo’s “The Color Purple,” among others), the full presentation of the Isabelle Stevenson Award to Robert E. Wankel, an acknowledgement of in attendance-senator Chuck Schumer for his support of the arts during the pandemic, and the full speech from the Excellence in Theater Education Award recipient Roshunda Jones-Koumba.

Just before Jones-Koumba made her speech, Carnegie Mellon University president Farnam Jahani mistakenly referred to CMU alum Billy Porter as Billy Idol, eliciting laughs from the audience (Laurence Fishburne cheekily brought back this funny gaffe when introducing Porter’s In Memoriam segment, referring to the Tony winner as “the idol to us all”). Jones-Koumba earned a mighty applause from the crowd, having to wait before the cheers died down to launch into her speech about the power of the arts in Black and Brown communities.

When the ceremony ended, folks flocked to the lobbies and the orchestra to take pictures and issue congratulations, and lucky invitees made their way to buses stationed outside to whisk them to the Tony Gala. I wished I was one of those Gala attendees if only because I was absolutely starving having not eaten since 4:00pm (no snacks or alcohol were served at Radio City, just cups of water which I gobbled down to counteract my body sweltering under my layers of finery). Too tired for an after party; I snapped some selfies with my partner, told LaChanze she looked absolutely fabulous as she twirled her dress in the aisle, and made my way back to Queens; setting a personal record for “most cross-borough trips in one day.” Our after party was a private one, catered by a McDonald’s delivery, and otherwise attended only by two tired dogs who wondered where the hell we had been. With the thrill of seeing Broadway’s big night unfold before my own eyes replaying in my brain, I plopped my head down on my pillow and dreamed of Tonys.