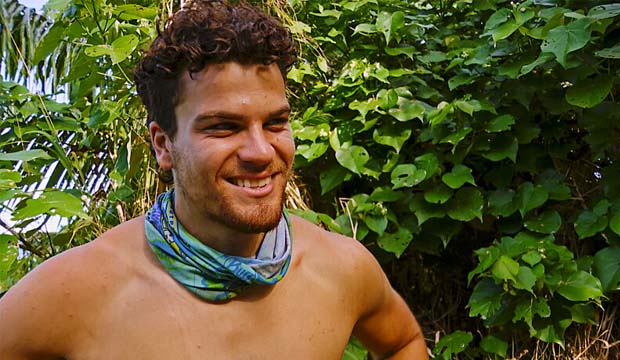 The 11h episode of “Survivor 43” aired on Wednesday night and concluded with host Jeff Probst snuffing out the torch of Sami Layadi. The nineteen-year old from Las Vegas, Nevada was sent packing and became the fifth member of the jury. Did the tribe make the right decision by voting Sami out? And what were the dumbest, most shocking and most exciting moments of the last episode?

SEE Sami Layadi (‘Survivor 43’ exit interview): ‘I started to lose control of my fate in the game’

1. Post Tribal Angst: Is there anything better than watching the initial reactions when the remaining castaways return to camp? Just something so unintentionally hilarious in my opinion, but I am sure that as they watch it unfold on screen, they are less jovial. Gaia is the equivalent of the Island of Misfit Toys at this point — but with chaos. Sami Layadi admitted to voting for Karla Cruz Godoy, which was commendable. Mike Gabler seemed pretty content with his place in the game while Owen Knight wallowed in the fact that he is always on the outside of the vote. In the morning, Sami felt a lot better about his position in the game and dug deeper in his quest to win. Cue the tears, which quite frankly was heartwarming to some but to me felt a bit fake. He also decided to “stir up chaos”, which oddly worked. Cassidy Clark, sensing something was up, made sure to make time with Karla, blissfully unaware of what Sami did.

2. A Sunrise Surprise: The sunrises may never get old, but a boat arriving is even better. With an advantage hidden in the jungle, they all took off into it like this was the Hunger Games. Watching Sami miss the advantage for so long was brutal. Cody Assenmacher seemed to enjoy utilizing a stick to locate it. Cue Mike with a new search technique from the Vietnam War and they still could not spot it. Then Cody walked past it, as did Mike, so many times that my head was going to explode. In the end, Cody finally spotted it and grabbed it, ending the insanity. The advantage provided him a chance to win immunity without winning immunity himself — if he can accurately predict the winner of the challenge. He eventually landed on Owen but only time would tell if he hedged his bet correctly.

3. A Challenge Meant for a Mermaid: The contestants did not seem happy about this particular challenge but in all fairness, who would be? Maybe Michael Phelps. Even less enthusiastically, they all were pretty bummed when Cody pulled out that advantage. Into the water they went and they all seemed pretty miserable except for Cody and Owen. Mother Nature saw that and said “Hell no, send a swell.” Mike was the first person out and did not seem a bit disappointed about it. Sami soon followed, which was not good since he was the one most likely to get the boot. Jesse Lopez dropped next but lasted close to an hour. Cody dropped next and for the first time seemed a bit frazzled during a challenge. Cassidy dropped out after two hours, which was even more impressive. That left Karla and Owen standing and suddenly I was hoping for Owen to win. Everything was indeed “just peachy” as Owen and Karla both won immunity as did Cody. For anyone needing help with the math there, that left Mike, Sami, Cassidy, and Jesse as the only people that could be sent to the jury. Sami vowed to play his shot in the dark and accurately did the mathematics. Never underestimate a contestant like Sami since he is always pretty self-aware.

4. More Chaos: E.E. Cummings once wrote “Awake, chaos: we have napped.” Gaia was this quote personified after they returned to camp. Cassidy was pretty upset, having done the math, but was fully aware that the duo of Karla and Cassidy is a huge target. Getting rid of one of them could make a big dent in the game. Karla was still a bit distrustful of Cassidy and planned to get her out of there. Sami was naturally thrilled by this development and spread the news. Cody looked further, as did Mike, by noting Karla should be shown the door right after her. Jesse was not buying all of this and could see that with Sami still around, there was still a giant unpredictable wildcard that can make one hell of a fire. He did his best, partnering with Owen to try to get Sami out of there. Jesse and Cody are truly playing a long term game and I love it.

5. Tribal Council: Watching the jury react to a double immunity win was amazing. They seemed very happy with the result and after learning about Cody’s potential immunity win as well, they were even more shocked. Jeff gaged the group before going for the hard questions. Questions that everyone was able to answer in a manner that was both cryptic and politician-like. Cody and Jesse kept getting panned to all the while and it became very clear that their votes would decide who was going to the jury. Sami expressed his willingness to play the shot in the dark and the jury was all for this gutsy move. He did himself a world of good with that choice in their eyes. His fate was not as pleasant since his shot in the dark failed. In the end, Sami was shown the door and joined the jury. He did not seem bitter, which was nice to see, and even invited his newfound friends to Vegas…just not on a Sunday. I am going to miss him a little bit since he was never capable of holding back when asked a question by Jeff at tribal council.