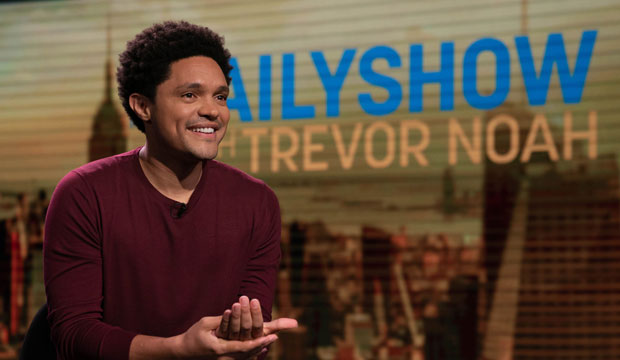 Trevor Noah surprised his studio audience on Thursday when he announced that his time as host of “The Daily Show” would soon come to an end. He did not give a specific date, but the comedian indicated that seven years was a good run, and it was time to move on.

The 38-year-old South African comic came to the United States in 2011 and secured a gig as a special “Daily Show” correspondent in late 2014. He was announced as Jon Stewart’s successor in March 2015. During Stewart’s time, from 1999 to 2015, the late-night chat show evolved into something that really never existed on American television before: a nightly forum for hard-hitting satire that was also funny as hell. Stewart picked up the reins from Craig Kilborn who was the first host from 1996 to 1998. The show was created by Lizz Winstead and Madeleine Smithberg, and the show helped launch (or add fuel to the fire of) the careers of a slew of comedy stars, including Stephen Colbert, Steve Carell, John Oliver, Samantha Bee, Ed Helms, Rob Corddry, Wyatt Cenac, Kristen Schaal, Rob Riggle, Michael Che and others.

Comedy Central released a statement saying “we are grateful to Trevor for our amazing partnership over the past seven years.  With no timetable for his departure, we’re working together on next steps.” Noah’s announcement was reportedly a surprise to his staff. The network made it clear that the show will continue.

In 2020, Stewart guested on “The Howard Stern Show,” and said that Noah had made the show better, citing his outsider status as a better primed for satire. “that kind of mindset to me, because I didn’t grow up in it… it’s not a part of me. For Trevor, it’s a part of him. It flows from him naturally… It makes it better. The show is better,” he said.