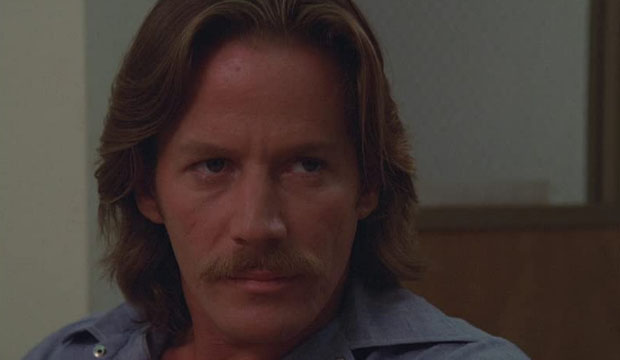 The “made for television movie” began in the 1960s. In fact, one of the most famous TV movies Don Siegel’s 1964 version of “The Killers” featuring Ronald Reagan in his last film role as a ruthless villain, ended up being released theatrically because it was considered too violent for television.

Some of these movies that aired on the three broadcast networks were sheer shlock and others were pilots for prospective TV series. But it was also an embarrassment of riches. Who could forget the beloved 1971 ABC biopic “Brian’s Song,” starring James Caan and Billy Dee Williams, which was nominated for 11 Emmys and won five including outstanding single program (drama or comedy). The four-hankie weepie was so popular it was released theatrically.

Also briefly released theatrically was Steven Spielberg’s pulsating 1971 classic “Duel” starring Dennis Weaver which aired on ABC. Considered one of the best TV movies of the decade, it was only nominated for two Emmys winning for film sound editing.

In 1971, Lee Grant was nominated for two Emmys in the outstanding single performance by actress in a leading role for the second “Columbo” movie, NBC’s  “Ransom for a Dead Man” and the NBC drama “The Neon Ceiling,” for which she won. Frank Pierson directed this drama about a bored housewife who takes her teenage daughter and leaves suburban life behind. When they develop car trouble, they end up stopping at a diner in a California desert where they encounter the owner (Emmy nominee Gig Young) who creates neon sculptures which he installs on the ceiling. The housewife and the gruff owner are initially at loggerheads but end up becoming friends. The Los Angeles Times called the film “an extraordinary experience…a work of art.” And Grant chose to do the film because she couldn’t “let it go. It’s a real departure from what is normally seen on TV.”

ABC’s “That Certain Summer” made history on Nov 1, 1972. The drama, directed by Lamont Johnson and penned by Richard Levinson and William Link, was the first gay-themed drama to win an Emmy. Hal Holbrook plays a divorced father of a teen son (Scott Jacoby) living in San Francisco who finally reveals to him he’s gay. Martin Sheen plays his life partner. Out Magazine declared it was “the first television-movie to offer a sympathetic portrayal of homosexuality, and with an all-star cast of Hal Holbrook and Martin Sheen, it was a pretty big deal.”

Link told me in a 2010 L.A. Times interview that he and Levinson came up with the idea when they learned a gay friend of theirs at Universal came out of the closet  to his son. “Back then we could write a gay drama for Broadway or off-Broadway, but television was a no-no. A guy used to come to our office and say ‘What do you have for ABC?’ We mentioned this gay father-son project and he said “You know, I think my boss, Barry Diller, would be interested.”’ Thankfully, he was. The movie was nominated for seven Emmys with Jacoby being the only win.

Holbrook, who was Emmy nominated for his work, initially turned down the role.  “I was married to my second wife, Carol Rossen, then and we were driving to our country house on Long Island,” he noted in a 2012 L.A Times interview with me.  She said, ‘What did you do about that movie?’ I said, ‘It’s an interesting subject, but nothing happens.’ She said, ‘What was the story about?’” So, Holbrook related the plot. “Finally, I start to think, ‘This isn’t bad.’ I finished the story and she said, ‘Are you out of your mind, Holbrook? When you get to the house you are going to pick up the phone and call [the director].”’

“That Certain Summer” lost the Emmy for outstanding single program-drama or comedy at the 1973 ceremony to CBS’ 1972 movie  “A War of Children.” George Schaefer was also nominated for his directing. Vivien Merchant, Jenny Agutter and Anthony Andrews star in the drama set during the “troubles” in Belfast about a Catholic family and a Protestant family who go from best friends to bitter enemies. Even their children are not immune to the brutality of the conflict.

And then there was the acclaimed 1974 “The Autobiography of Miss Jane Pittman,” starring Cicely Tyson nominated for 13 Emmys taking home nine including two for star Tyson  — actress of the year (special) and best lead actress in a drama — as well as best writing in a drama, adaptation for Tracy Keenan Wynn and outstanding special (comedy or drama).

Just as the live dramas of the 1950s jump started the feature film careers of such directors as John Frankenheimer, Sidney Lumet, Arthur Penn and Oscar-winner Franklin Schaffner, television movies also helped directors make the leap to feature films. Such was the case with Michael Mann of “Miami Vice,” “The Insider,” “Last of the Mohicans” and “Heat” fame.” He cut his writing teeth working on such TV series as “Starsky and Hutch,” “Vega$” and “Police Story.” And then he got the opportunity to direct and co-write the 1979 ABC movie “The Jericho Mile.”

Set and shot on location at Folsom Prison, the lauded “Jericho Mile” starred Peter Strauss as a lifer due to a first-degree murder charge. A loner, he spends most of his day running around the prison’s track. When the authorities realize how fast he is, they contemplate entering him into the Olympics. The film ended up winning three Emmys including one for Mann for writing and for Strauss for outstanding lead actor in a limited series or special.  Mann also won the DGA Award for outstanding directorial achievement in specials/movies for TV/Actuality. Hollywood certainly took notice with Mann receiving some two dozen offers to direct various projects but turned them down for the classic 1981 feature “Thief” with James Caan.