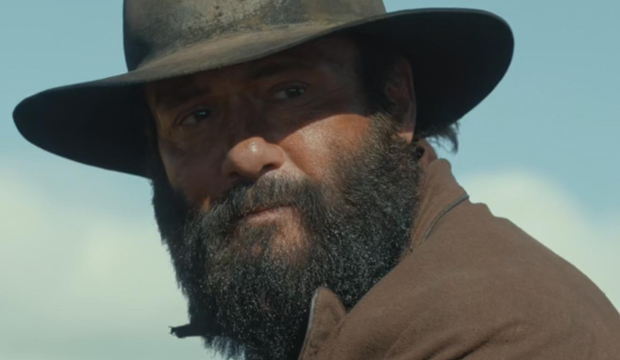 If you’re a fan of “Yellowstone” who can’t get enough of that rugged ranch lifestyle, you’ve come to the right place. There have been many other TV shows through the years that have a similar feel to the Paramount Network hit series, some featuring modern-day cowboys (like “Longmire”) and some taking place in the Old West (like “Deadwood”). “Yellowstone” is such a wild success that it’s already launched one spin-off (“1883”) with two more coming soon (“1923” and “6666”).

Some similar programs have a western feel to them even though they don’t take place near any tumbleweeds: “Sons of Anarchy” utilizes motorcycles instead of horses, “True Detective” focuses on detectives rather than cowboys, and “Succession” replaces farmhouses with skyscrapers. Of note, “Yellowstone” actor Kevin Costner won an Emmy in 2012 for his role in “Hatfields & McCoys,” which told the story of the infamous feuding families of the late 1800s.

Scroll through our photo gallery above (or click here for direct access) to see 20 TV shows like “Yellowstone” to watch in the off-season. The fifth season of “Yellowstone” is filming now and will likely air in 2023.

The mega hit series debuted on Paramount Network in 2018 from creators Taylor Sheridan and John Linson. The family drama stars cast members Costner, Wes Bentley, Kelly Reilly, Luke Grimes, Cole Hauser and Gil Birmingham as characters that engage in conflicts along the shared borders of a cattle ranch and a Native American reservation.

The recently concluded fourth season of “Yellowstone” was its biggest to date in terms of ratings and awards, with top nominations at the Screen Actors Guild Awards and Producers Guild Awards. Will the Emmys follow suit? We’ll all find out soon enough, as the noms will be announced July 12.