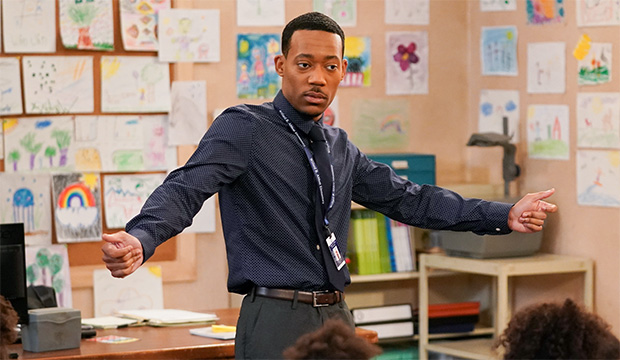 When “This Is Us” star Sterling K. Brown received the 2018 Screen Actors Guild Award for Best TV Drama Actor, Best TV Comedy Actor became the only competitive SAG category that has yet to be conquered by a Black performer. Following the unsuccessful bids of Bernie Mac (“The Bernie Mac Show,” 2003), Anthony Anderson (“Black-ish,” 2017-2018) and Tituss Burgess (“Unbreakable Kimmy Schmidt,” 2017), Tyler James Williams could soon close the loop by being honored for his work on ABC’s “Abbott Elementary.” This potential victory would make him only the 10th Black artist and third Black man to ever win an individual TV SAG Award.

According to Gold Derby’s SAG Awards predictions, Williams is one of the likeliest candidates for a 2023 Best TV Comedy Actor nomination. His portrayal of straight-laced first grade teacher Gregory Eddie has earned him the fifth place spot on our list, behind Bill Hader (“Barry”), “Only Murders in the Building” pair Steve Martin and Martin Short, and Jeremy Allen White (“The Bear”). If he does prevail, the 30-year-old will also become the category’s all-time youngest victor, surpassing Sean Hayes (31, “Will & Grace,” 2002).

Aside from Brown, the only other Black man who has ever contended for the Best TV Drama Actor SAG Award is Regé-Jean Page (“Bridgerton”) in 2021. A total of 16 Black men have been recognized by their guild peers for performances in TV movies or miniseries, including Elba, Brown (“The People v. O.J. Simpson,” 2017) and recent nominees Mahershala Ali (“True Detective,” 2020), Jharrel Jerome (“When They See Us,” 2020) and Daveed Diggs (“Hamilton,” 2021).

SEERay Richmond: Why ‘Abbott Elementary’ deserves to be an awards juggernaut

James McDaniel (“NYPD Blue,” 1995) and Lisa Nicole Carson (“Ally McBeal,” 1999) were the first Black recipients of the Best TV Drama Ensemble and Best TV Comedy Ensemble SAG Awards, respectively. “The Bourne Ultimatum” (2008) was the first film for which Black stunt performers were honored by the guild, while the first such TV series was “Heroes” (2009).