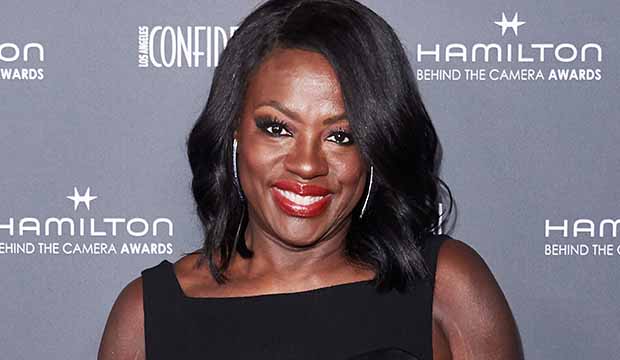 In case you didn’t notice, Viola Davis is nominated for her first Grammy this year in the category Best Audio Book, Narration and Storytelling Recording for the spoken word version of her memoir, “Finding Me.” The nomination is a big one for Davis, who only needs a Grammy to achieve the prestigious EGOT status — the grand slam of Emmy, Grammy, Oscar, and Tony victories. Davis has already won the other three awards for her work in TV, film, and theater, so another award for her already crowded mantel, this time for her recording work, is not farfetched. However, Davis’s run is quite unique, prompting one to wonder how common it is to complete your EGOT with a Grammy.

SEEGrammys: How did Record of the Year nominees fare on Billboard’s Year-End Hot 100 Songs chart?

Out of the 17 current EGOT holders, only three won their Grammys last. The first was Helen Hayes, who like Davis is primarily an actor and not a musician or songwriter like some other EGOT winners. Hayes and Davis also share the distinction of being triple crown of acting champs (winning Emmy, Oscar, and Tony for acting performances). Hayes was the first ever triple crown winner, and Davis broke ground as the first and only Black person to have won all three awards. Hayes ended up winning her Grammy for Best Spoken Word Recording in 1977, which this year was split into two categories including the aforementioned Best Audio Book, Narration and Storytelling Recording, which Davis is up for this year.

Another who won her Grammy last was Audrey Hepburn. Hepburn, like Hayes, was an actress and won her Grammy in a non-musical category: Best Spoken Word Album for Children. Hepburn was actually the inaugural winner of the category for her recording “Audrey Hepburn’s Enchanted Tales,” released only a couple months before her passing. As such, Hepburn completed her EGOT posthumously. She actually had a similar run to Hayes overall, winning Oscar first, following it with a Tony, then the Emmy, and finally the Grammy.

SEEGrammy predictions: Will Adele (‘Easy On Me’) and Harry Styles (‘As It Was’) split Song and Record of the Year?

Scott Rudin was the last person to win a Grammy as their last EGOT award. Rudin is a producer who has worked in theater, TV, and film, earning 21 EGOT awards throughout his life, including 18 Tonys. His EGOT completion came with the Grammy for Best Musical Theater Album in 2012 as one of the record producers for the Broadway cast recording of the acclaimed smash “The Book of Mormon.” As would be the case for Davis, Rudin won the Oscar and the Grammy as his last two awards; the Oscar was Best Picture in 2007 for “No Country for Old Men.”

What’s the most common trajectory for winning an EGOT, you may ask? The hardest award to get seems to be the Emmy, as nine out of the 17 EGOT holders have won it last. Four have won the Tony last, three won the Grammy last (… for now), and only one, songwriter and composer Robert Lopez, won the Oscar as their last award. The Oscar actually is the most common first award, being won by eight EGOT holders as their introduction to the prestigious status. The Emmy is the least popular first award, with only Rudin and Mel Brooks starting out that way.

There are two trajectories that repeat the most. The first is winning an Oscar followed by a Grammy, a Tony, and an Emmy, in that order; Rita Moreno, Marvin Hamlisch, and Alan Menken all EGOT’ed in that order. The other popular trajectory is winning a Tony first followed by a Grammy, an Oscar, and an Emmy; this was done by John Gielgud, Andrew Lloyd Webber, and Tim Rice. Ironically, no one has won the awards in the alphabetical order of the EGOT acronym.

If Davis were to win, she’d be the third Black woman and fourth Black person overall to achieve EGOT (Whoopi Goldberg, John Legend, and Jennifer Hudson came before her). She’d also be the first to do it in her particular order: Tony, Emmy, Oscar, then Grammy. As of December 2022, Davis is leading the odds for her category by a healthy margin based on the combined predictions of Gold Derby users. However, she is going up against four Grammy winners (Questlove, Mel Brooks, Lin-Manuel Miranda, and Jamie Foxx), including three who have won multiple Grammys, so she might not be a sure bet. Still, voters might know Davis is on the brink of EGOT and thus be more inclined to award her work on her bestseller. And, like, who doesn’t love Viola Davis?