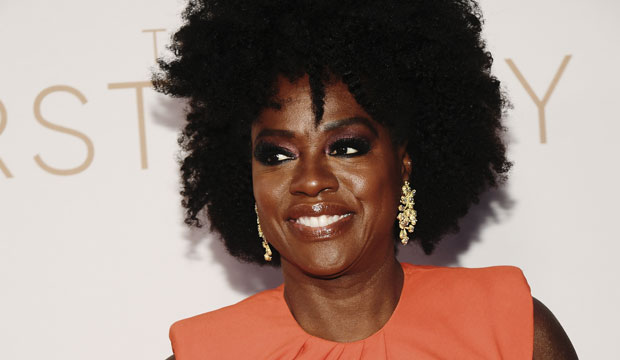 Viola Davis has an Oscar, an Emmy, and a couple of Tonys. So all she needs is a Grammy to complete her EGOT grand slam of show business awards (she’d be just the 18th ever to do so). The good news for her is that she received her first Grammy nomination this year. The even better news is that she’s the front-runner to win, according to the combined predictions of Gold Derby users. The potential bad news is that she’s up against four established Grammy favorites who have won before. Do you think the next EGOT will be achieved when awards are handed out in February, or is her competition too much to overcome?

Davis is nominated for Best Audio Book, Narration, and Storytelling Recording, which is a new category. The award used to be presented as Best Spoken Word Album, but it was split in two this year with narrative recordings and poetry recordings getting their own separate awards. Spoken word recordings are how a number of actors have picked up Grammys despite not being known as recording artists, including Sidney Poitier, Cynthia Nixon, Michael J. Fox, and Betty White, to name just a few. Davis is nominated for “Finding Me,” her memoir, and so far gets leading odds of 11/2.

But not so fast. All of her rivals are past Grammy winners, so they may be tougher to beat than we think. Ranked second with 13/2 odds is Questlove, who is a musician and is nominated here for “Music is History.” He’s a six-time Grammy champ including Best Music Film just this past year for his Oscar-winning “Summer of Soul.” Next up with 7/1 odds is Lin-Manuel Miranda for “Aristotle and Dante Dive Into the Waters of the World”; he’s got three Grammys already on his mantel.

Also with 7/1 odds is the beloved Mel Brooks for “All About Me! My Remarkable Life In Show Business”; not only is he a three-time Grammy winner, he’s also got the EGOT that Davis is seeking now. Rounding out the category with 7/1 odds as well is actor and musician Jamie Foxx for “Act Like You Got Some Sense”; he previously won a Grammy for his R&B song “Blame It.”

So can a rookie like Davis prevail on her first try? Make or update your own predictions here to let us know what you think.