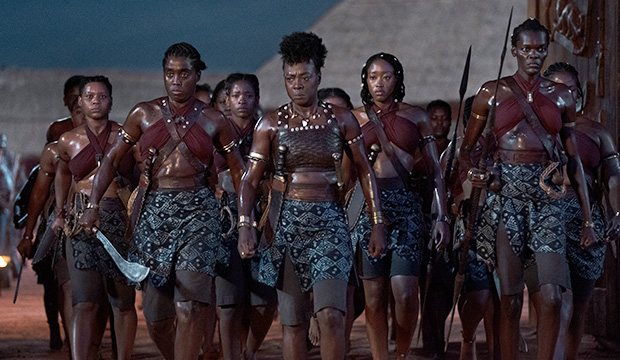 The woman king herself is starting her ascent. Days after securing a Golden Globe nomination for “The Woman King,” Viola Davis has cracked the top five in the Best Actress Oscar odds.

Davis, who had been sitting just outside the top five for the better part of the fall, has nudged out Margot Robbie (“Babylon”) for the fifth spot. She trails Cate Blanchett (“TÁR”), Michelle Yeoh (“Everything Everywhere All at Once”), Michelle Williams (“The Fabelmans”) and Danielle Deadwyler (“Till”).

While Davis was her film’s only nomination at the Globes, she did get a boost thanks to how the rest of the Best Drama Actress category shook out. Deadwyler, who was a dark horse pick for the win at the Globes and the Oscars, was snubbed by the Hollywood Foreign Press Association in favor of Ana de Armas (“Blonde”), who was in eighth place in the odds. The other three drama actress nominees were Blanchett, Williams and “Empire of Light” star Olivia Colman as expected (Yeoh and Robbie were nominated in comedy/musical). The fact that Davis made the cut over a contender some think could win the Oscar is a sign of her individual strength.

But the Oscar winner’s film is strong as well. With $67 million domestic, “The Woman King” is one of the few box offices successes this year — and especially this fall — and is a crowd-pleasing hit with critical backing. Last week, it made the top 10 at the National Board of Review and American Film Institute. Of the top Best Actress-contending films, only “Everything Everywhere All at Once” and “The Fabelmans” can also claim that. “TÁR” and “Till” each only made one list, while “Babylon” missed both. That double snub and polarizing reactions to “Babylon” may also be why some have abandoned ship on Robbie.

The Oscar top six all received Critics Choice Awards nominations on Wednesday, so that offers little clarity. The next tea leaves will be Screen Actors Guild Awards nominations on Jan. 11. SAG is Davis’ stomping ground, of course. The six-time champ has not lost an individual award since her first bid for “Doubt” (2008), and while the win will be an uphill battle this year, it’d be foolish to not expect her to get another nomination from her peers who clearly hold her in high esteem. So with the major precursor nominations under her belt, Davis would be looking good to bag her fifth Oscar nomination and extend her record as the most nominated Black actress ever.