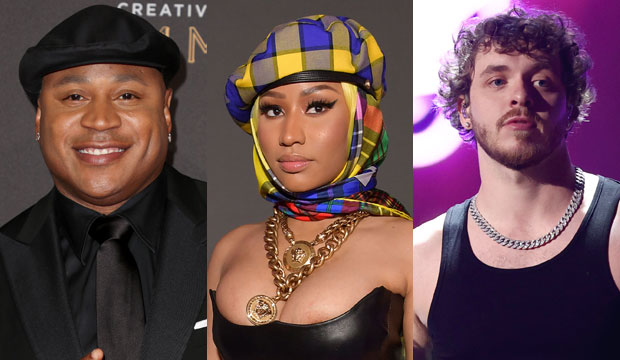 On August 18, just 10 days ahead of the MTV Video Music Awards, the network announced the three artists who will headline the show: LL Cool J, Nicki Minaj, and Jack Harlow. But it won’t be your typical VMA host gig.

According to the press release, “the three ‘MCs’ will announce the show’s star-studded lineup of performers, presenters and winners, taking a more innovative and unique approach to the traditional ‘host’ gig seen in previous years.” We’ll have to see exactly what that innovative approach is and how it differs from the usual presentation of recent hosts like Katy Perry, Keke Palmer, and Doja Cat.

The VMAs are keeping Minaj busy on awards night. Her emcee gig is in addition to her receiving the honorary Video Vanguard Award for her achievements in music videos. She will also be performing in celebration of that special honor. And she’s up for Best Hip-Hop Video on top of all that, which could bring her a sixth competitive moon person. Rap veteran LL Cool J, himself a previous Video Vanguard recipient (he was the first rapper to get that prize), is no stranger to master of ceremonies duties. He hosted the Grammys for five years from 2012 to 2016.

The 24-year-old Harlow represents a new generation of hip-hop. In fact, he wasn’t even born when LL Cool J received his Vanguard Award. He hasn’t won any VMAs yet, but this year he has seven chances. Six of those are for “Industry Baby,” his collaboration with Lil Nas X, including Video of the Year. In addition, he’s up for Artist of the Year. So he could make multiple trips to the stage beyond emceeing the show.