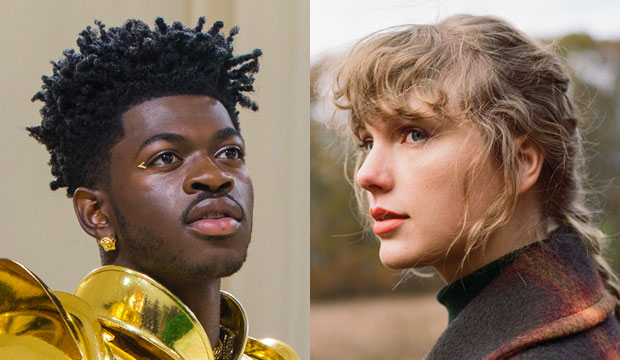 One of the most interesting parts of the MTV Video Music Awards is analyzing the possible winners of the technical categories. Since these categories are voted on by professionals and not fans, oftentimes they can serve as a better indicator of quality in music videos, regardless of popularity. Here is a breakdown of those VMA professional categories, and who is bound to win in each one.

It’s rare these days for a music video to win here without a Video of the Year nomination, so Billie Eilish‘s “Happier Than Ever” and Baby Keem and Kendrick Lamar‘s “Family Ties” are likely out. Ed Sheeran‘s “Shivers” is a fun music video, but this category tends to go for visuals that are impactful in pop culture and/or have some sort of message or deeper meaning, and “Shivers” doesn’t really fit into either. And while Lil Nas X and Jack Harlow‘s “Industry Baby” is a great video, Nas has already won this category the last two times he has been nominated (for “Old Town Road” and “Montero”), and the video isn’t really as ambitious as most winners in this category.

In the end, it might come down to Harry Styles’s “As It Was” and Taylor Swift’s “All Too Well.” Ultimately, I think “All Too Well” will have the upper hand given that it’s a short film and might be considered more of a director’s achievement than “As It Was”. If it does win, it’ll be Swift’s second victory as director here; she previously won for helming her own video for “The Man.”

This is a hard category because all the videos nominated have many virtues. Still, I think it could go to Doja Cat with “Get Into It (Yuh)” having some great production design. Another video that pops off visually is Adele’s “Oh My God,” especially with its use of set decoration. If it’s not those two, then maybe the love for “Industry Baby” translates to a win here.

This award definitely belongs to Normani and Cardi B’s “Wild Side.” The whole music video is lathered up with choreography that’s both inventive and fresh, and it features multiple moments where the choreography is the central aspect of the video. It also has scenes with solo choreography for Normani, as well as group sequences. If “Wild Side” fails to win, then FKA Twigs and The Weeknd‘s “Tears in the Club” or Doja Cat’s “Woman” could snag the win. It could also help that Sean Bankhead, who choreographed “Wild Side,” is nominated three times here.

As per usual, this category has great nominees. Purely off of visual quality, Kendrick Lamar‘s “N95” and Normani’s “Wild Side” stand out from the other nominees. I think Lamar will pull off a win here with “N95,” especially since the video features a wide variety of shots, coloring, and camera movement. Overall, it seems like a more ambitious pick. “Wild Side” also has some amazing photography and could be a contender here too. If not for those two, watch out for “All Too Well,” especially with all the hype the video has.

If voters go for what has the most editing, then the award will probably be between Rosalía’s “Saoko” and The Weeknd’s “Take My Breath.” However, voters also like when the editing feels purposeful, and that applies to Baby Keem and Kendrick Lamar’s “Family Ties.” I’m going to go with “Take My Breath” here, as it is fast-paced and carries the music video through the different emotions The Weeknd is feeling through it. Probably a close race, though.

The last couple of years, this category has been really focused on VFX being used to build settings. In general, voters seem to prefer big effects rather than more restrained but still effective ones. So, perhaps that rules out “Industry Baby” an “Happier Than Ever.” The Kid LAROI and Justin Bieber‘s “Stay” has cool effects, but it isn’t as showy as the rest of the nominees. The award will likely be between Coldplay and BTS‘s “My Universe” and Megan Thee Stallion and Dua Lipa‘s “Sweetest Pie,” both of which are very VFX-heavy and use them for world building.

I think “My Universe” has more visually appealing effects, while the ones on “Sweetest Pie” can definitely look overdone. However, there’s a trend of the winners of this category also being nominated in Best Art Direction (seven out of the last 10 winners), and “Sweetest Pie” would fit that. I’ll go with “My Universe” here, but don’t rule out Megan and Dua.