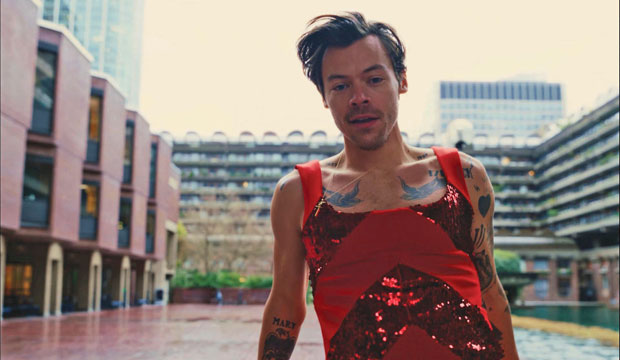 Set to be held on August 28, the MTV Video Music Awards are meant to honor the best videos of the past 12 months. The iconic show has awarded some of the most influential and impactful music videos over the years, like Peter Gabriel‘s “Sledgehammer,” Beyoncé’s “Single Ladies,” and Lady Gaga‘s “Bad Romance.” For this upcoming ceremony, artists ranging from younger breakouts to VMA veterans will likely face off.

To start our VMAs preview, Harry Styles’s “As It Was” is arguably the biggest hit of the year, so don’t be surprised if his name is read a couple of times during the nominations. The Brit pop star hasn’t really gotten that much love as a solo artist from the VMAs, but “As It Was” might simply be too big for them to ignore. Adele is another British pop star who is surely getting a couple of nominations with her 10-week number-one hit, “Easy On Me.” Styles and Adele could get into both Song of the Year and Video of the Year. And on the topic of Brits, Ed Sheeran could also get a couple nominations for one of his more recent videos, especially with the love his “Bad Habits” got from the VMAs last year.

Another big star this year is Jack Harlow. He is surely getting hip-hop nominations, but his number-one hit “First Class” should also appear in the big categories, especially Song of the Year, and he could show up in Artist of the Year too. Chances are good he’ll be joined by Kendrick Lamar in a couple of categories, especially since Lamar is well liked by the VMAs (his “Humble” won Video of the Year in 2017). From his new album “Mr. Morale and the Big Steppers,” “N95” might be a good bet for nominations, especially craft ones. While the song wasn’t a big hit compared to “Humble,” it could also show up in Video of the Year if there’s enough passion for Lamar (which, typically, there is). Fellow rapper Future should also be in the mix, especially with the success of his crossover hit “Wait for U,” featuring Tems and Drake.

Other familiar names from previous years may return to the VMAs. Lizzo’s “About Damn Time” is sure to get nominations, being one of the most ubiquitous hits of the year. Lil Nas X and Justin Bieber were big winners last year (Nas took Video of the Year, Bieber was named Artist of the Year), and they could continue their streaks with their respective hits “That’s What I Want” and “Ghost,” two of the biggest pop radio hits of 2022. There’s also last year’s VMAs host, Doja Cat, who can get nominations this year for “Woman”, “Get Into It (Yuh)” and her “Elvis”-inspired “Vegas.”

Latin music is also having a big year. Foremost among those artists is Bad Bunny, with his album “Un Verano Sin Ti” being a global phenomenon that’s launched multiple hits, including four top-10 hits in the US alone. As such, he should easily get into Artist of the Year, and perhaps Video of the Year as well to honor his huge impact. Rosalía is another Spanish-language artist who could get multiple nominations, especially since she’s already a two-time winner. The singer’s “Motomami” era has earned her massive acclaim, and as such we might see videos like “La Fama” or “Saoko” pop up one or two times. Finally, Karol G has had a strong year with the success of “Mamiii” featuring Becky G and “Provenza,” so don’t be surprised to see her break out of the Latin field either.

Finally, breakout artists are likely to appear in multiple categories. Latto’s “Big Energy” was a top-five hit, so it could easily get a Song of the Year nomination. Joji has also been one of the season’s biggest breakthroughs, with his single “Glimpse of Us” debuting in the top 10 and performing especially well on streaming platforms; the song and video could be the dark horses of the season. There’s also Muni Long, whose “Hrs and Hrs” became a sleeper hit earlier in the year. The R&B songstress could get into the R&B category and perhaps the Song of the Year race as well.