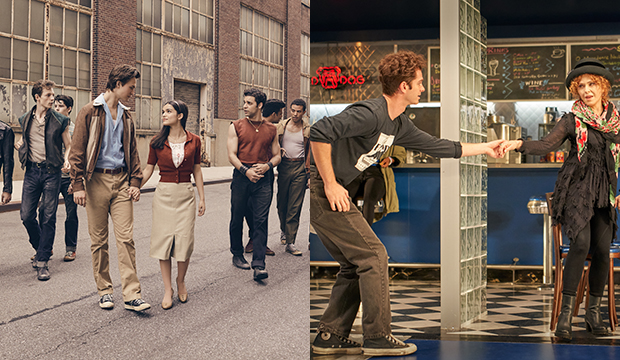 Superhero movies put butts in seats these days, but more than 50 years ago, it was another genre that was all the rage: musicals. Moviegoers could not get enough of people breaking out into song and dance in the mid-20th century and neither could the Oscars. In the 1960s, four of the decade’s 10 Best Picture winners were musicals: “West Side Story” (1961), “My Fair Lady” (1964), “The Sound of Music” (1965) and “Oliver!” (1968). A musical would not win the top prize for another 34 years, when “Chicago” (2002) prevailed, but the “Oliver!” year is also notable for another reason: It was the last time two musicals were nominated for Best Picture — and we might finally get two again this season with “West Side Story” and “Tick, Tick… Boom!”

Back then, “Funny Girl” was among the other films that “Oliver!” defeated en route to the gold. It wasn’t the first time a musical beat another musical either as “My Fair Lady” (1964) trumped “Mary Poppins” four years earlier. Best Picture, of course, only had five slots then, so musicals took up 40 percent of the lineup both of these years. This year, with the elimination of the sliding scale, there will be 10 Best Picture nominees again, so it’ll be less impressive in that regard if two make the cut (would two make it in a slate of five? Probably not), but noteworthy nonetheless since musicals are hardly the hot ticket they used to be.

SEE Screenwriter Steven Levenson on adapting Jonathan Larson’s ‘Tick, Tick… Boom!” to encompass ‘all of the dimensions of his life’

Currently in fourth place in the Best Picture odds, “West Side Story” had long been predicted to score a nomination, and while it didn’t light the box office on fire (but what non-Spider-Man film really has?), the Steven Spielberg remake been warmly received by critics and fans. It’s also poised to dominate nominations, like the original did 60 years ago when it earned 11 bids and won 10. If the 2021 version goes all the way, “West Side Story” will be the first title to win two Best Picture Oscars.

While “West Side Story” was always on people’s radar as a potential contender, “Tick, Tick… Boom!” has turned into the little engine that could. An adaptation of the late Jonathan Larson‘s semi-autobiographical musical of the same name, the Netflix film, which also marks Lin-Manuel Miranda‘s directorial debut, has become a quiet hit on the back of Andrew Garfield‘s stellar performance as the late “Rent” creator. Following its AFI top 10 showing and a Critics Choice Award nomination for Best Picture last week, “Tick, Tick… Boom!” has moved into 10th place in the Oscar odds, bouncing out “The Tragedy of Macbeth.”

“Tick, Tick… Boom!” will have a taller hill to climb than “West Side Story” does to win the main prize, but two musicals cracking the lineup would already be something to sing about.