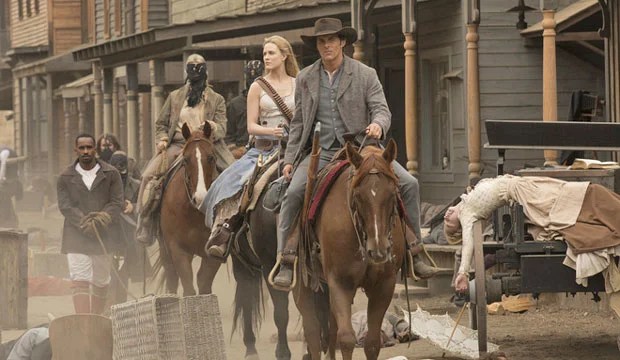 The sci-fi series “Westworld” always had its twists and turns but no one quite saw this ending coming. The show, created by Jonathan Nolan and Lisa Joy based on the 1973 film written and directed by Michael Crichton (which inspired a “Simpsons” episode as well as the 1978 Hanna-Barbera production “KISS Meets The Phantom of the Park”), debuted in 2016 to acclaim, enthusiasm, and intentional puzzlement. Its first three seasons were nominated for a colossal 40 Creative Arts Emmys, winning eight, and 14 Primetime Emmys, winning one—Thandiwe Newton’s Outstanding Supporting Actress in a Drama Series award in 2018.

But those days are long behind. Viewership radically dropped and its fourth season was its last, getting canceled in August of this year. Those who stuck with the show were annoyed by the last episode, with many feeling there were a lot of loose ends. But after a surprise move on Monday, remaining fans found themselves further punished. The former tentpole series is reportedly getting yanked from the HBO Max streaming service.

Additionally, “The Nevers,” a series created by Joss Whedon, a kind of “X-Men” meets Victorian England, will also get pulled. This show, which was once the subject of a bidding war, had already been canceled after its first season of production. Half the season has aired, the other, one could surmise, will probably never see the light of day. Another show, the cult comedy “Minx,” was also canceled by HBO Max on Monday, despite production on its second season being near completion.

Why would Warner Bros. Discovery ashcan something they’ve already paid for? This is a point of some conjecture. The new David Zaslav regime of the studio is making significant cuts across the board — including, this summer, spiking completed HBO Max films like “Batgirl” and “Scoob! Holiday Haunt” — and there are still residuals that must be paid out to shows when they appear on streaming. But the whole selling point of HBO Max was to have access to the entertainment giant’s back catalog. (You and I might sometimes worry about server space, but this ought not to be an issue for HBO!)

Even though “Westworld” is extremely unpopular now, one could see a future in which something that big would get a critical reassessment, and interest could perk up. Perhaps it is part of a larger feeling of bad blood between Warner Bros. and anyone with the last name “Nolan.” (Jonathan’s brother and sometimes creative partner Christopher Nolan loudly exited a deal with the studio after it relegated all their 2020 films to HBO Max without informing the filmmakers first.)

Nolan and Joy have other projects in development—an adaptation of the video game “Fallout” and they are executive producers on the current series “The Peripheral.” Both are set up at Amazon Prime Video.

But with this precedent set, other studios and streamers can use it as a deterrent. “Mess with us, and we’ll erase you from the service entirely.” I suspect new clauses are being written into every deal memo in town.