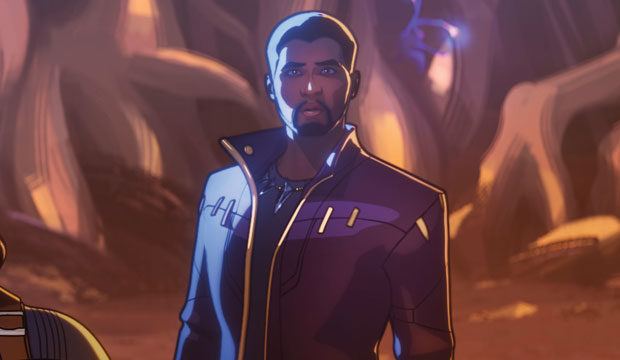 The late Chadwick Boseman received a historic Emmy nomination for the very last performance of his life: voicing his “Black Panther” character T’Challa in the Marvel animated series “What If…?” He’s up for Best Character Voice-Over Performance for his turn. But what are the chances he’ll win?

As of this writing Boseman ranks second with 11/2 odds based on the combined predictions of Gold Derby users. Ahead of him is the two-time defending champion Maya Rudolph (“Big Mouth”), who would be the first to win this award three times in a row since character voice-overs and narrators were split into separate categories in 2014. But not everyone agrees with that assessment.

SEENo laughing matter: ‘Abbott Elementary’ poised to be the next mockumentary to win Emmys

Our Top 24 Users who got the highest scores predicting last year’s Creative Arts Emmy winners, are split: 12 of them agree with the consensus that Rudolph will continue her winning streak, but eight say Boseman will prevail. Our All-Star Top 24, who had the best prediction scores when you combine the last two years’ results, are tilted more in favor of Rudolph with 18 betting on her victory, but three are still backing Boseman. And one of the four Expert journalists we’ve surveyed so far says Boseman too.

But Boseman isn’t the only actor who would win this award posthumously. So could Jessica Walter (“Archer”), who died in March 2021 at age 80. But Walter was nominated posthumously last year too and Rudolph still won. Emmy voters are notoriously unsentimental, often paying tribute to departed performers with nominations but not wins, as was the case for Phil Hartman, John Ritter, Kathryn Joosten, and Carrie Fisher, to name a few. Might this time be different?