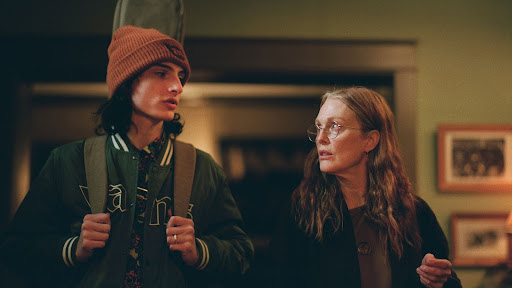 On Tuesday, A24 released the first official full-length trailer for the upcoming coming-of-age comedy-drama film “When You Finish Saving The World,” which sees Jesse Eisenberg stepping up to the director’s chair for the first time as a feature filmmaker. He also serves as the screenwriter on the film.

The film follows a high school student named Ziggy who performs original folk-rock songs for an adoring online fan base. This concept mystifies his formal and uptight mother, Evelyn, who runs a shelter for survivors of domestic abuse.