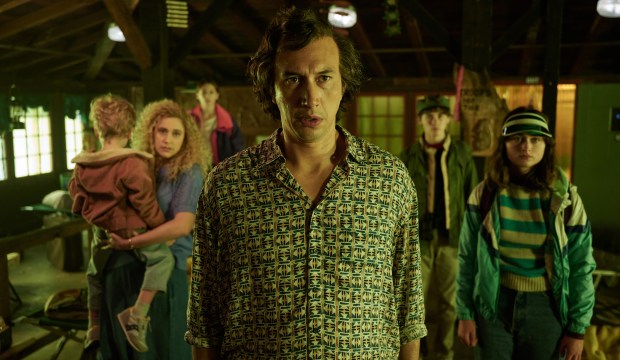 Three-time Oscar nominee Noah Baumbach has returned with some familiar faces. The “Marriage Story” filmmaker has reunited with Adam Driver (“While We’re Young,” “The Meyerowitz Stories,” “Marriage Story”) and his real-life partner, Greta Gerwig (“Greenberg,” “Frances Ha,” “Mistress America”), for an adaptation of Don DeLillo’s sprawling novel “White Noise.” As with Baumbach’s previous two films, “The Meyerowitz Stories” and “Marriage Story,” Netflix will release the project on its platform. The streaming service unveiled the first trailer for “White Noise” on Thursday with a promise to debut the film later this year.

“At once hilarious and horrifying, lyrical and absurd, ordinary and apocalyptic, ‘White Noise’ dramatizes a contemporary American family’s attempts to deal with the mundane conflicts of everyday life while grappling with the universal mysteries of love, death, and the possibility of happiness in an uncertain world,” reads a description provided by the studio that accompanied the first teaser trailer. In the footage – which includes a lot more action than one might expect from a Baumbach film – Driver and Gerwig play a married couple in the film who is shown trying to escape some kind of fraught situation with their children. Don Cheadle, Raffey Cassidy, Sam Nivola, May Nivola, Lars Eidinger, Andre Benjamin, and Jodie Turner-Smith all feature in the cast. Among the films Baumbach has cited previously as an influence on “White Noise” are “Network” and “The World According to Garp.”

“In 1985 my father and I drove from Brooklyn to see Kurosawa’s ‘Ran’ open the 23rd NYFF, the same year that he brought home the hardback of Don DeLillo’s ‘White Noise,’” said Baumbach in a statement last month. “Opening the 60th NYFF with ‘White Noise’ is truly special for me. This festival was part of my film education and has been a home for me and many of my movies over the years. I couldn’t be more excited and honored to return.”