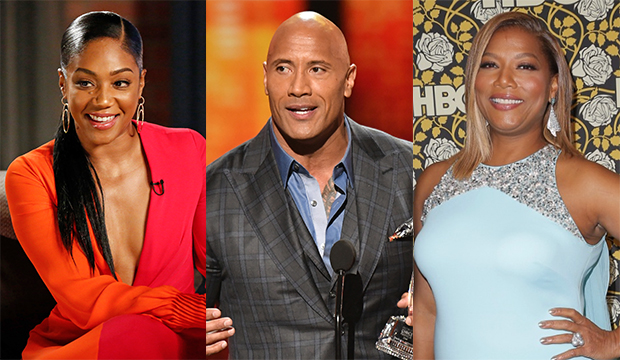 Remember when the Academy Awards used to have hosts? Ah, those were the days. It’s been four years since the last host, Jimmy Kimmel, graced the Oscar stage. The ABC late night star had been given a sort of “do-over” by producers because of the prior year’s controversial ending in which presenters Faye Dunaway and Warren Beatty accidentally named “La La Land” as Best Picture instead of “Moonlight.” After Kimmel’s back-to-back Oscar gigs, Kevin Hart was supposed to emcee the 2019 kudos, but he resigned when past controversies came to light. Thus, the 2019, 2020 and 2021 ceremonies all went host-less. If that pattern ends this year, which A-lister do you most want to see host the 2022 Oscars? Vote in our poll below.

For the first time ever, the broadcast will be produced by Will Packer, a film producer who’s worked on such movies as “Girls Trip,” “Ride Along” and “Straight Outta Compton.” Oscar nominations will be revealed on February 8, 2022 and the ceremony will air on ABC on March 27, 2022.

SEEOscars 2022: How many blockbusters will be nominated?

“Girls Trip,” of course, is the film that served as Tiffany Haddish‘s breakout role in the industry, so it’d be a full-circle moment for Packer to pick her. The comedian won an Emmy for hosting “Saturday Night Live” in 2018 and recently took home a Grammy for hosting her comedy special “Black Mitzvah.” In other words, every time she hosts something, she wins some sort of trophy. Might the timing be right for Haddish to step onto the Oscar stage as the show’s ringleader? If so, she’d be only the second Black woman to host solo since Whoopi Goldberg.

If the Oscars are looking for a world-renowned celebrity to take the reins, might we suggest Dwayne Johnson? The artist formerly known as The Rock recently collaborated with Packer on the upcoming documentary “The Life & Near Death of Kevin Hart” about the aforementioned almost-host. From “Jungle Cruise” to “Jumanji” to “Moana,” Johnson has raked in more money for Hollywood than almost anyone else, so Hollywood should thank him by offering him a job overseeing its biggest show of the year. In fact, they have before. Johnson claimed in 2019 that he was asked to host, but had to drop out due to scheduling conflicts. “Academy and I were super bummed but maybe one day down the road,” he tweeted.

Ah mahalo dude, I was their first choice to host this year, and my goal was to make it the most fun and entertaining Oscars ever. We all tried hard, but couldn’t make it work since I’m shooting Jumanji. Academy and I were super bummed but maybe one day down the road 🥃 https://t.co/eiiMuBNOzb

Another star we’d love to see tackle the Oscars one day would be Queen Latifah. She’s a consummate entertainer — singing, dancing, stand-up — who already has a history of overseeing trophy shows like the Grammy Awards, Hollywood Film Awards, the People’s Choice Awards and the BET Awards. Were those all just warm-ups for her biggest hosting gig yet? Latifah is also “in the club,” as it were, since she has an Academy Award nomination to her name as Best Supporting Actress for “Chicago” (2002). That would make her the first emcee since James Franco & Anne Hathaway to also be an Oscar-nominated actor.

Some other fun ideas for who should host the 2022 Oscars are Anthony Anderson, Tina Fey & Amy Poehler, Jamie Foxx, Jimmy Kimmel, Lin-Manuel Miranda, Chris Rock, Paul Rudd and Oprah Winfrey. Of course, we also include a “No One” option in our poll since some of you are hoping the trend of the past three years will continue. If you don’t see your favorite celebrity mentioned, be sure to shout it out in the comments section.