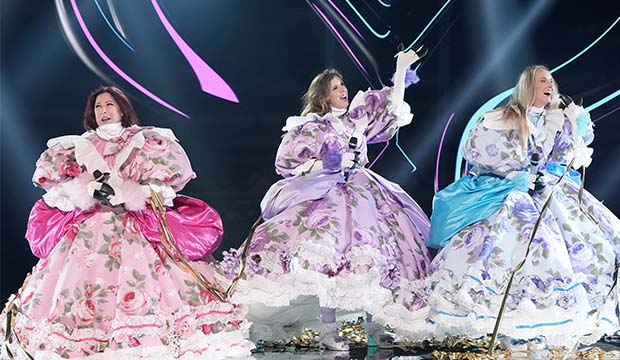 “The Masked Singer” aired a two-hour epic finale on Wednesday night, with Harp walking away with the Season 8 Golden Mask Trophy. She defeated Lambs in the first ever all-female final. Following their performances of “I’m Every Woman” by Chaka Khan and “I Want to Know What Love Is” by Foreigner, we found out trio of wooly divas were multi-platinum girl group Wilson Phillips.

“It’s a journey that we will never forget,” they told host Nick Cannon during their unmasked interview. “It’s been amazing. I have no words. I’m speechless. Do you know how great it is to have the mask off and talk right now? It was so wonderful. What an honor. This thing was a trip!”

Robin explained how he was able to identify them before the masks came off. “You guys hit that harmony and it just hit my ear and my heart,” he said. “Those harmonies are so special and so individual. It’s really beautiful. You guys killed it.”