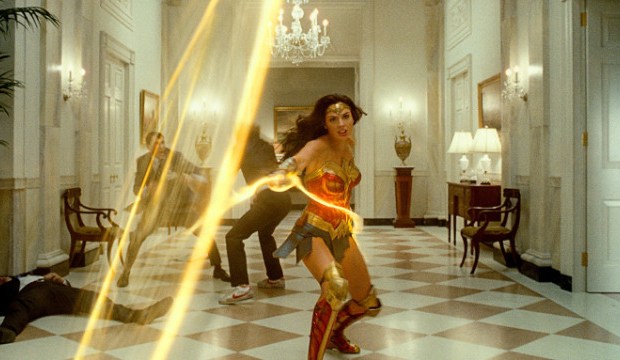 A tempest has come to the island of Themyscira. The Hollywood Reporter broke the surprising news late Wednesday that the third Gal Gadot-led “Wonder Woman” film, meant to be directed by series stalwart Patty Jenkins, is not happening. This is the biggest shakeup under the DC Comics umbrella of movies at Warner Bros. Discovery since CEO David Zaslav put James Gunn and Peter Safran in charge of DC Studios. Let’s hope nobody put a down payment on a new house!

The 2017 “Wonder Woman,” which starred Gadot and Chris Pine, was a massive international hit, bringing in well over $800 million in global tickets. What’s more, it was a critical success, with 93 percent on Rotten Tomatoes and even a stamp of approval from Gloria Steinem. (It was even a nominee at the Producers Guild Awards for best film, although it ultimately just missed a subsequent nominiaton at the Oscars for Best Picture.)

The sequel, “Wonder Woman 1984,” however, was a bit of a disaster, inspiring mocking memes and general confusion. Its box office stats are hard to glean, considering it was a direct-to-streaming situation during the pre-vaccination days of the pandemic. (It did, still, make over $100 million worldwide.)

Under normal circumstances, Jenkins and Gadot would get a second shot, but it’s clear that the new regime wants to clean house. Next summer’s “The Flash” has had significant reshoots, and is rumored to be a great reboot initiator (The Flash zooming between different realities is baked into his backstory, so this is some good fortune).

THR has also reported that a “Black Adam” sequel, despite the big “and now he will fight Superman” finale, is unlikely to happen. Though not a flop, Dwayne Johnson’s Middle Eastern anti-hero pic was not a runaway hit, either. In a weird and unusual case of an A-list star lifting the veil of studio finances, Johnson sent out a tweet saying “hey, hey, wait a minute, this movie actually did make a lot of dough after all.”

Waited to confirm with financiers before I shared this excellent #BlackAdam news – our film will PROFIT between $52M-$72M.
Fact.
At almost $400M worldwide we are building our new franchise step by step (first Captain America did $370M) for the DC future.https://t.co/GBIgsbtnkq

It remains to be seen just which, if any, of the DC movies and characters will continue as is. Other than Jason Mamoa as Aquaman, nothing has particularly caught on with the general public. (His next film is already shot and ready for a release next December.) “The Batman,” keep in mind, exists outside the wider DCEU continuity, and might continue moving along in its own pocket universe. Comics are confusing, man.