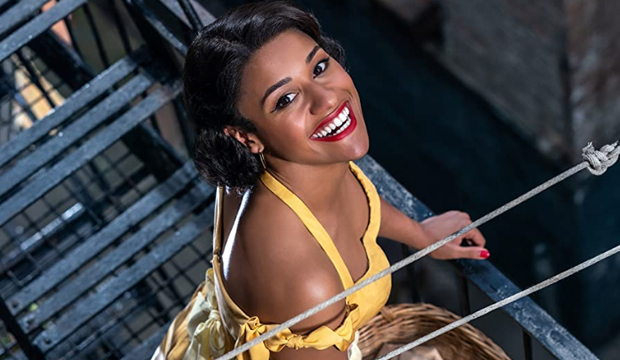 Over the past half decade, film academy members have demonstrated a clear preference for lengthy featured male performances while generally being drawn to comparatively shorter female ones. However, after four consecutive instances of Best Supporting Actor Oscar winners outpacing their corresponding female victors by margins of at least 20 minutes, last year’s duo were only separated by six minutes and 40 seconds. The supporting actress who pulled off a win with more screen time than her four closest predecessors was Ariana DeBose, whose performance in “West Side Story” lasts for 28 minutes and 54 seconds.

Since DeBose’s screen time total in “West Side Story” is 49 seconds higher than the all-time Best Supporting Actress winner average, her performance is naturally counted within the longer half of those that have merited the honor. Included among the women on the opposite side of the line is Rita Moreno, who received this award in 1962 for playing DeBose’s role of Anita in the first “West Side Story” screen adaptation. At the time, her performance, which is four minutes and 15 seconds (or 2.26%) shorter than DeBose’s, was the 13th longest to have triumphed here.

Moreno also appeared in 2021’s “West Side Story” (this time as Valentina) for 14 minutes and 46 seconds. Anita happens to be the fourth most prominent character in both films, consistently ranking behind Maria (Natalie Wood; Rachel Zegler), Tony (Richard Beymer; Ansel Elgort), and Riff (Russ Tamblyn; Mike Faist), in that order. Her 2.26% increase in presence between the two versions is greater than that of any other character, directly followed by Maria with 1.60%.

Her film’s nearly three-hour running time makes DeBose’s the 32nd shortest Best Supporting Actress-winning performance (out of 86) in terms of percentage. Since the turn of the century, the only women who have taken the prize with lower percentages than her 18.49% are Allison Janney (“I, Tonya”), Anne Hathaway (“Les Misérables”), Laura Dern (“Marriage Story”), Penélope Cruz (“Vicky Cristina Barcelona”), Cate Blanchett (“The Aviator”), Tilda Swinton (“Michael Clayton”), and Lupita Nyong’o (“12 Years a Slave”).

DeBose’s competitors’ screen time totals range from 13 minutes and 51 seconds to 38 minutes and 35 seconds, with Judi Dench (“Belfast”) and Aunjanue Ellis (“King Richard”) on the respective low and high ends. Dench’s performance is the 85th shortest ever recognized in the category, while Ellis’s is the 57th longest. Also included in the lineup were Jessie Buckley (“The Lost Daughter”; 28 minutes and 21 seconds) and Kirsten Dunst (“The Power of the Dog”; 36 minutes and 21 seconds). The group’s average of 29 minutes and 12 seconds is the 17th highest in their category’s history.

In addition to having a higher amount of screen time than any of the preceding four Best Supporting Actress winners, DeBose was younger than all of them by at least 17 years and broke from recent tradition by not being honored for playing a mother. Whether or not any of these factors will hold up when the next champ is chosen remains to be seen, but the fact that the academy went for DeBose instead of actresses who would have extended these trends speaks volumes.