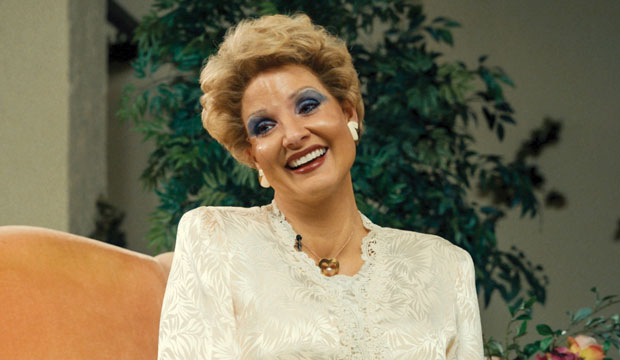 A year after receiving her first Oscar nomination for her 16-minute supporting turn in “The Help,” Jessica Chastain landed a Best Actress bid for a performance more than three times as large in “Zero Dark Thirty.” Nine years after losing to Jennifer Lawrence, whose “Silver Linings Playbook” performance was seven minutes shorter than hers, she returned and took the gold for her massive role in “The Eyes of Tammy Faye.” Her screen time of one hour, 36 minutes, and 42 seconds in the film is the fifth longest among all 97 winners of the lead female Oscar and the 23rd highest among the category’s nearly 500 nominees.

Chastain’s 2022 Oscar victory made her the third consecutive Best Actress winner to cross both the 80 minute and 74% screen time marks, after Renée Zellweger (“Judy”) and Frances McDormand (“Nomadland”). The only performances lengthier than hers to have ever merited wins in this category are those of Vivien Leigh (“Gone with the Wind”), Barbra Streisand (“Funny Girl”), Meryl Streep (“Sophie’s Choice”), and Olivia de Havilland (“To Each His Own”). 83 years after she was first feted, Leigh still holds the record for longest Oscar-nominated performance overall, at two hours, 23 minutes, and 32 seconds.

The 2022 Best Actress nominees’ average screen time of one hour, 23 minutes, and eight seconds stands as the third highest in the history of the category. They only rank behind the groups from 1969 (when the winners were Streisand and Katharine Hepburn, “The Lion in Winter”; one hour, 10 minutes, and 38 seconds) and 1956 (Anna Magnani, “The Rose Tattoo”; one hour, 22 minutes, and seven seconds). They also made history as the fifth quintet of leading ladies to all hit the one hour screen time mark, after the contenders from 1953, 1956, 1993, and 2016.

After years of providing no clear indication as to whether they preferred shorter or longer lead actress performances, academy members have now consistently leaned toward the latter for three seasons in a row. Nearly all of the Best Actress nominees during said time have clocked in at over 65 minutes, with the only exceptions being Charlize Theron (“Bombshell”) and Viola Davis (“Ma Rainey’s Black Bottom”).

Including Chastain’s, seven of the last 10 Best Actress-winning performances have exceeded the category’s screen time average of 65 minutes and 11 seconds, with the last one that fell below it being Colman’s in 2018’s “The Favourite” (49 minutes and 48 seconds). Chastain’s win boosted the category’s decade average by two and a half minutes, bringing it up to 71 minutes and 21 seconds. While 15 minutes lower than the corresponding male average, this illustrates an indisputable trend of Oscar voters feeling compelled to honor stories about women that are particularly expansive and engrossing.