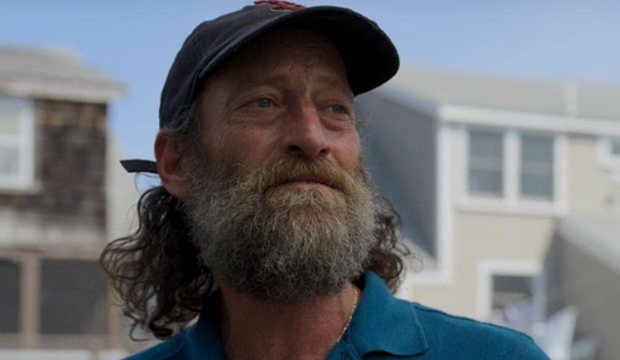 For Oscar voters, the unspoken rule regarding supporting male performances is the longer the better. An average winner in the category clocks in with 33 minutes and 55 seconds of screen time, and the last five champs have consistently raised that bar. Last year’s victor, Troy Kotsur, was honored for appearing in 35 minutes and 34 seconds (or nearly one-third) of Best Picture winner “CODA.” Of the 86 performances that have won Best Supporting Actor, his falls comfortably within the longer half.

Unlike the three Best Supporting Actor recipients who directly preceded him – Daniel Kaluuya (“Judas and the Black Messiah”), Brad Pitt (“Once Upon a Time in Hollywood”), and Mahershala Ali (“Green Book”) – Kotsur’s category placement was uncontested, meaning there was no talk about him instead belonging in the lead race. Emilia Jones, the un-nominated star of “CODA” who plays Kotsur’s daughter, towers over him by a margin of 52 minutes. His is the second longest performance in the film, as his fictional wife and son, Marlee Matlin and Daniel Durant, each fall eight minutes behind him.

Kotsur is the 18th man to receive this award for his work in a Best Picture-winning film. Only seven of the performances in this subset, including Ali’s in “Green Book,” are longer than his. The other half dozen are those of Timothy Hutton (“Ordinary People”), Christopher Walken (“The Deer Hunter”), Barry Fitzgerald (“Going My Way”), Harold Russell (“The Best Years of Our Lives”), Donald Crisp (“How Green Was My Valley”), and Morgan Freeman (“Million Dollar Baby”).

The 2022 supporting actor nominees’ screen time average of 26 minutes and 52 seconds is the 28th lowest in the category’s history. The lengthiest performance in the lineup is that of Kodi Smit-McPhee in “The Power of the Dog,” which is just 28 seconds larger than Kotsur’s. In terms of percentage, however, Kotsur outpaces Smit-McPhee by 3.31 points. Contender Ciarán Hinds, who is in “Belfast” for 11 minutes and 54 seconds, ranks 33rd on the list of shortest performances ever recognized in the category. Rounding out the group were J.K. Simmons (“Being the Ricardos”; 17 minutes and four seconds) and Jesse Plemons (“The Power of the Dog”; 33 minutes and 46 seconds).

Including the latest one, 34% of all Best Supporting Actor lineups have included at least two performances that clock in at under 20 minutes. This has only applied to three of the last 10 nominated groups, with the other two instances having involved Sam Elliott (“A Star Is Born”) and Sam Rockwell (“Vice”) in 2019 and Alan Arkin (“Argo”) and Tommy Lee Jones (“Lincoln”) in 2013.

Although the academy clearly prefers larger featured male roles, Kotsur’s victory fortified a recent trend of winning performances in his category being an average of 10 minutes shorter per year. After Ali set a new screen time record among Best Supporting Actor champs with his total of one hour, six minutes, and 38 seconds, Pitt triumphed with 55 minutes and 12 seconds, and Kaluuya followed with 46 minutes and nine seconds. If an actor with around 25 minutes of screen time were to directly succeed Kotsur, his would be at least the 27th shortest performance ever honored in the category.