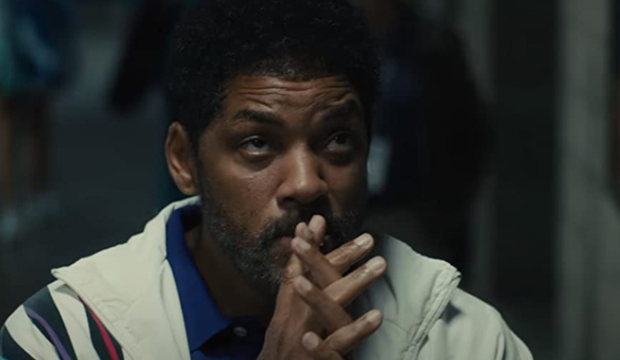 Long before he won the 2022 Best Actor Oscar for playing tennis prodigy producer Richard Williams in “King Richard,” Will Smith was first recognized in the category for his portrayal of iconic boxer Muhammad Ali in “Ali.” His performance in the 2001 film, which amounts to one hour, 57 minutes, and 22 seconds of screen time, currently stands as the 12th longest ever nominated for any acting Oscar. He also holds the 47th spot on the list thanks to his work in 2006’s “The Pursuit of Happyness.” The performance that finally won him the award is significantly shorter than these two, yet still long by Oscars standards, as it just crosses the 90 minute mark.

Smith’s one-hour, 30-minute, and 10-second-long lead turn in “King Richard” is the 18th longest to have ever merited a Best Actor win. It also constitutes the lengthiest performance in the film by nearly half an hour, with Saniyya Sidney (as Venus Williams) coming in second. Best Supporting Actress nominee Aunjanue Ellis, who plays Smith’s character’s wife, lands in fourth place with 38 minutes and 35 seconds of screen time. She had the highest amount in her Oscar lineup but fell two minutes behind her on-screen daughter, Demi Singleton.

The 95 performances that have won the Best Actor Oscar have an average screen time of one hour, nine minutes, and 20 seconds. Including Smith, nine of the last 10 victors have boasted above average totals, with the only exception being 2021 honoree Anthony Hopkins, who falls four minutes short in “The Father.” 65% of the category’s champs have appeared in their films for more than one hour each, with the most recent member of the minority being 2012 winner Jean Dujardin (“The Artist”; 58 minutes and 15 seconds).

The 2022 Best Actor nominees’ screen time average of one hour, eight minutes, and three seconds is the 35th lowest in the category’s history. This is due to the inclusion of three performances that fall under 60 minutes, which last happened in 2004 when Sean Penn (“Mystic River”) prevailed over Johnny Depp (“Pirates of the Caribbean: The Curse of the Black Pearl”) and Ben Kingsley (“House of Sand and Fog”). At the low end of the latest lineup was Denzel Washington, whose 43-minute and 36-second performance in “The Tragedy of Macbeth” is the 41st shortest lead male one ever recognized by the academy. In the second and third place spots were Javier Bardem (“Being the Ricardos”; 55 minutes and 38 seconds) and Benedict Cumberbatch (“The Power of the Dog”; 58 minutes and 37 seconds).

Smith and Andrew Garfield (“tick, tick… BOOM!”; one hour, 32 minutes, and 13 seconds) stood out from the rest of their group by becoming the 26th pair of Best Actor competitors (and eighth in 10 years) with more than 90 minutes of screen time apiece. Smith is the ninth recipient of this award whose screen time was outpaced by just one other challenger, after James Cagney (“Yankee Doodle Dandy”), Rex Harrison (“My Fair Lady”), Cliff Robertson (“Charly”), Art Carney (“Harry and Tonto”), Al Pacino (“Scent of a Woman”), Jamie Foxx (“Ray”), Leonardo DiCaprio (“The Revenant”), and Rami Malek (“Bohemian Rhapsody”).

With an average screen time of 87 minutes and eight seconds, the last 10 Best Actor winners demonstrate Oscar voters’ affinity for larger lead male roles. While they are still keen to nominate performances that are under one hour long, the fact that they have not feted one in over a decade indicates that they are not likely to any time soon.