Moments after the Academy Awards announced their 2023 slate of nominations in all 23 categories, Gold Derby’s Editors got together to dish all of the egregious snubs and wacky surprises. Marcus James Dixon, Daniel Montgomery, Denton Davidson and Ray Richmond also gave their early forecasts for who they think will win in many of the exciting races. Do YOUR reactions line up with theirs? Watch the 2023 Oscar nominations analysis editor video above and then make your predictions at Gold Derby.

The editors begin by mentioning the films with the biggest nominee totals: “Everything Everywhere All at Once” at 11, “All Quiet on the Western Front” at nine, “The Banshees of Inisherin” at nine, “Elvis” at eight” and “The Fabelmans” at seven. Not too shabby!

Daniel tied for second place in terms of all of the Gold Derby Editors’ individual predictions, so what were his big secrets? “I tend to play really conservative with the predictions for Oscar nominations and winners,” he explains. “I look at what has done well in the guilds, what did well at the BAFTAs, and I try and just kind of find the average of those things.” He jokes, “And when in doubt, just steal from Joyce Eng.” (Joyce did the best among our staff members.)

Denton chimes in, “There wasn’t a ton of shocking snubs or nominees.” However, he concedes that Best Actress was wild with two front-runners — Viola Davis (“The Woman King”) and Danielle Deadwyler (“Till”) — missing out. “We were debating for a long time if Michelle Williams (‘The Fabelmans’) would get in or not, and we were going back and forth between her and Ana de Armas (‘Blonde’), and they both got in.” As for Andrea Riseborough (“To Leslie”) pulling off a mention, Denton remarks, “That last-minute celebrity campaign paid off.”

Marcus is “bummed” that “All Quiet on the Western Front” was overlooked for its directing and film editing. “After we all talked four days ago, I switched to ‘All Quiet’ for Best Picture,” he reveals. “But then as the nominations are coming in, I’m like, ‘Oh, did it just missing editing? Oh, that’s not good.’ And then it missed director.” Don’t forget though, just last year “CODA” won Best Picture without corresponding directing or editing bids, “so it has happened very recently.”

Ray readily admits to being “totally surprised” by Ruben Östlund (“Triangle of Sadness”) appearing in the Best Director line-up. “I was on the Edward Berger (‘All Quiet on the Western Front’) train,” he tells us. “I also thought Baz Luhrmann was gonna get in for ‘Elvis.’ But it’s a good set of five. I vacillate back and forth now between the favorite being Steven Spielberg (‘The Fabelmans’) and The Daniels (‘Everything Everywhere All at Once’). Boy, this is gonna be very close.” 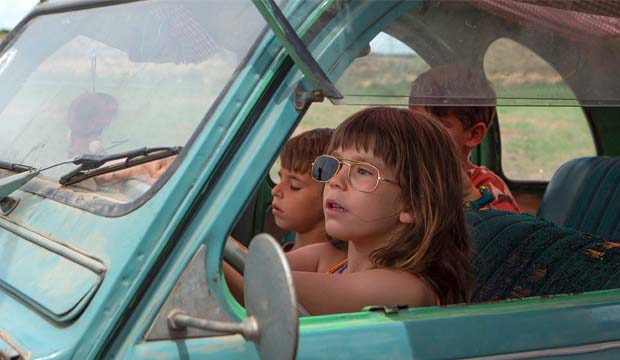