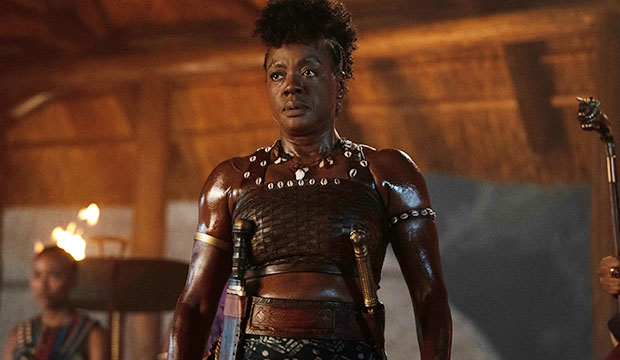 “The Woman King” was honored as Best Picture and the film’s helmer Gina Prince-Bythewood took the prize as Best Director in the 14th Annual AAFCA Awards for achievement in film. The announcement was made Monday morning by the African American Film Critics Association. Three other films also earned a pair of trophies, with Danielle Deadwyler winning Best Actress and Jalyn Hall earning the statuette as Emerging Face, both for “Till”; newly-minted Golden Globe victor Angela Bassett earned the trophy as Best Supporting Actress and “Lift Me Up” landed a Best Song win, both for “Black Panther: Wakanda Forever”; and “Glass Onion” snared triumphs for Rian Johnson’s writing along with Best Ensemble.

Other awards were picked up by Jeremy Pope (Best Actor for “The Inspection”) and Brian Tyree Henry (Best Supporting Actor for “Causeway”), while Carey Williams was cited as Emerging Filmmaker for “Emergency” and “Nanny” as Best Independent Feature. “Saint Omer” won for Best International Feature.

“AAFCA is deeply honored to recognize some of the most captivating films and performances of the year,” said the AAFCA’s president and co-founder Gil Robertson. “These thought-provoking stories of strength, determination and courage lift us and entertain us. It’s an honor to recognize the incredible, visionary work both in front of and behind the camera of this year’s AAFCA Award winners.”

Those winners – chosen by the African American Film Critics Association’s 100-plus members – and special honorees will be celebrated at the 14th Annual AAFCA Awards ceremony on March 1, 2023, at the Beverly Wilshire in Beverly Hills.

SEEJeremy Pope (‘The Inspection’): ‘You can be the hero of your own story when you take back the narrative’ [Exclusive Video Interview]

Established in 2003, the nonprofit AAFCA is the premier body of Black film and television critics around the world, with a particular emphasis on covering entertainment that includes the Black experience and storytellers from the African Diaspora. The organization’s primary mission is to cultivate understanding, appreciation and advancement of the contributions of African-descended talent to cinematic and television culture – from the artistic and technical legends of the past to the still-unimagined breakthroughs of future generations. AAFCA members represent a geographically diverse cross-section of journalists from mediums including print, TV, radio, broadcast and online. They are said to collectively reach a worldwide audience of more than 100 million.

THE BEACON AWARD: Antoine Fuqua and Will Smith for “Emancipation”